Baseball Rally Comes Up Short Against No. 13 Georgia, 6-3 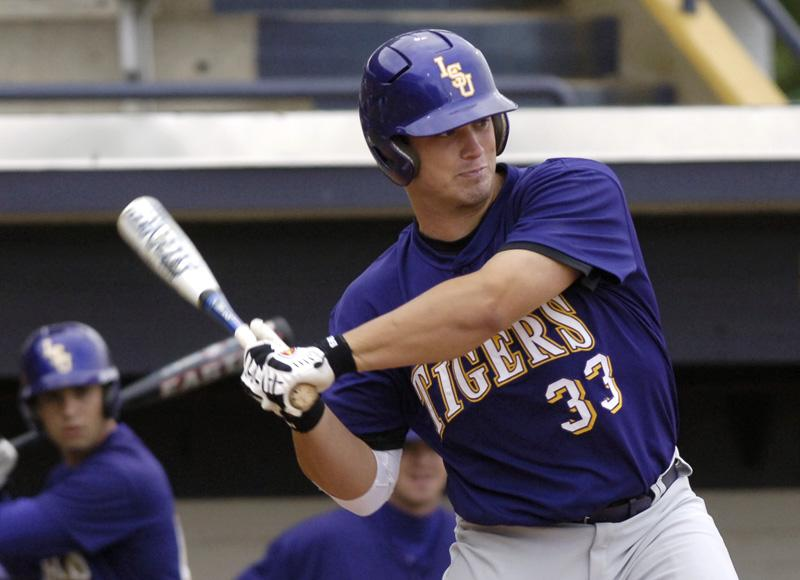 BATON ROUGE — Georgia closer Joshua Fields worked his way out of a bases-loaded jam in the ninth inning as the seventh-ranked Bulldogs held off LSU, 6-3, Friday night in Alex Box Stadium.

LSU and Georgia will face off in Game 2 of the weekend series Saturday at 3 p.m. CT. The contest can be heard on the LSU Sports Radio Network (WDGL 98.1 FM in Baton Rouge).

Streaming video of Saturday’s game will not be available due to the Southeastern Conference TV contract with Fox Sports Net. However, live audio may be accessed in the Geaux Zone at www.LSUsports.net.

Georgia starter Trevor Holder (5-2) came away with the victory after allowing only two runs on six hits in 6.1 innings. LSU left-hander Blake Martin (1-3) was tabbed with the loss. The junior gave up four runs in five innings.

Catcher Micah Gibbs led the way offensively for LSU, as the true freshman collected a pair of hits and an RBI on the night.

“We kept battling up there at the plate, and finally, we gave ourselves some chances,” LSU coach Paul Mainieri said. “Unfortunately, we just couldn’t get the last hit.”

The Tigers left 11 runners on base in the contest.

“That’s the difference between winning and losing,” Mainieri said. “We just didn’t get the hits when we had the opportunities.”

The Bulldogs scored another run in the third. First baseman Rich Poythress followed shortstop Gordon Beckham’s double with a two-bagger of his own to drive in Beckham and give Georgia a 2-0 lead.

After adding two runs in fifth, Georgia threatened again in the sixth, but Louis Coleman, who relieved Martin, executed some clutch pitches to squeeze out of a bases-loaded jam. The junior right-hander allowed back-to-back singles and a walk with two-outs but fanned Poythress to get out of the inning unscathed.

LSU came alive offensively in the seventh as the Tigers notched two runs to reduce the deficit to 4-2. With the bases loaded, designated hitter Taylor Davis drew a walk to bring in a run, and pinch hitter Sean Ochinko singled on a line drive to left field to plate another.

However, the Bulldogs would take two runs back in the eighth to go ahead 6-2.

The Tigers answered with a run in the bottom of the eighth to cut the lead to 6-3. Gibbs ripped a single up the middle for an RBI.

LSU made a late push, loading the bases in the ninth, but Fields battled back to strike out shortstop DJ LeMahieu to end the game and record his 11th save of the season.