No. 14 Softball Travels to Face No. 10 Tennessee 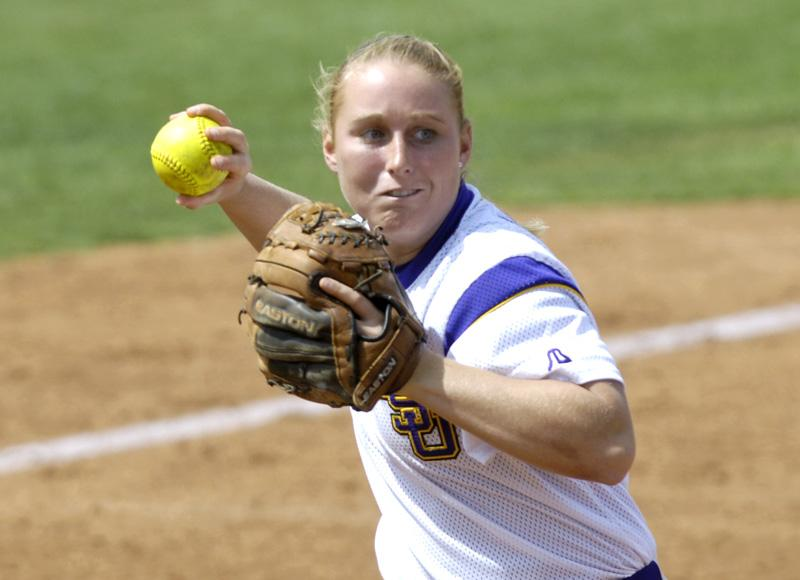 KNOXVILLE, Tenn. — For the third time in four weeks, the 14th-ranked LSU softball team will be on the road to face a top 10-ranked team in Southeastern Conference play as the Tigers take on No. 9 Tennessee at Sherri Parker Lee Stadium beginning with a doubleheader on Saturday at noon CDT and concluding with a single game on Sunday at noon CDT.

The Tigers (32-12, 11-8 SEC) enter the weekend a half game behind the Lady Vols (41-8, 11-7 SEC) for third place in the SEC standings. The pair both sit in second in their respective divisions, trailing overall leader Florida at 18-1 and Western Division leader Alabama at 18-2.

“We are trying to look at the positives and play better every time we go out on the field,” said LSU head coach Yvette Girouard. “We are also trying to put all of the facets of our game together in one weekend.”

This is the first time LSU will play in Tennessee’s new stadium, which opened this season. The Lady Vols are the first of several SEC teams who are opening new stadiums in the next few years, which includes LSU. The Tigers’ new Tiger Park is scheduled to open for the 2009 season.

“This is an impressive new stadium and I’m sure that there will be a tremendous crowd here this weekend,” said Girouard.

LSU posted a run-rule win over Nicholls State, 10-2 in six innings, at Tiger Park on Wednesday. Tennessee saw its nine-game winning streak ended on Wednesday as the Lady Vols split a doubleheader with Ole Miss, falling 1-0 in game one and winning, 6-2 in game two.

Sophomore Rachel Mitchell leads LSU at the plate for the season with a .355 average, followed by senior Shannon Stein at .325. Over the last 12 games, Mitchell has posted a .425 average, which included a career-high 10-game hitting streak. She posted two doubles, a home run, four RBIs and four runs scored. Over the same period, senior Quinlan Duhon is hitting .406 with two doubles, two home runs, five RBIs and seven runs scored.

As a team, the Tigers are hitting .284 for the season, including 53 doubles, seven triples and 38 home runs. Averaging just over five runs per game, LSU has scored 227 times in 45 games. The Tigers have also stolen 87 bases this season. Senior Dee Dee Henderson leads the squad with 28, one shy of her career high, while sophomore Jazz Jackson has 20. Mitchell has recorded 10 steals and freshman Tiffany Shaw has nine.

Tonya Callahan leads Tennessee at the plate with a .456 clips, while Kenora Posey is hitting .370 and Lillian Hammond is at .369. Callahan also leads the Lady Vols with 13 home runs, the only player with more than five homers on the team, and a team-best 48 RBIs.

One of the top hitting teams in the SEC, Tennessee has posted a .318 batting average as a team with 58 doubles, 10 triples and 32 home runs. The Lady Vols have also scored 272 runs and stolen 104 bases. Posey leads Tennessee with 34 steals, followed by Hammond with 19.

Last season, LSU took two out of three in Baton Rouge against the No.1-ranked Lady Vols. The Tigers dropped the first game, 2-1, but rebounded to take the last two games, 5-1 and 3-2. It marked the only series loss for Tennessee on the season as the Lady Vols eventually advanced to the national championship series.

Overall, LSU leads the series, 18-12, in the second-fewest meetings of any series in the conference for the Tigers. LSU won the 11 of the first 13 meetings before Tennessee came back to win 10 of the next 15 games. The Tigers have now won the two more recent contests.