Lady Tigers Eighth After Windy Round 1 at SEC's 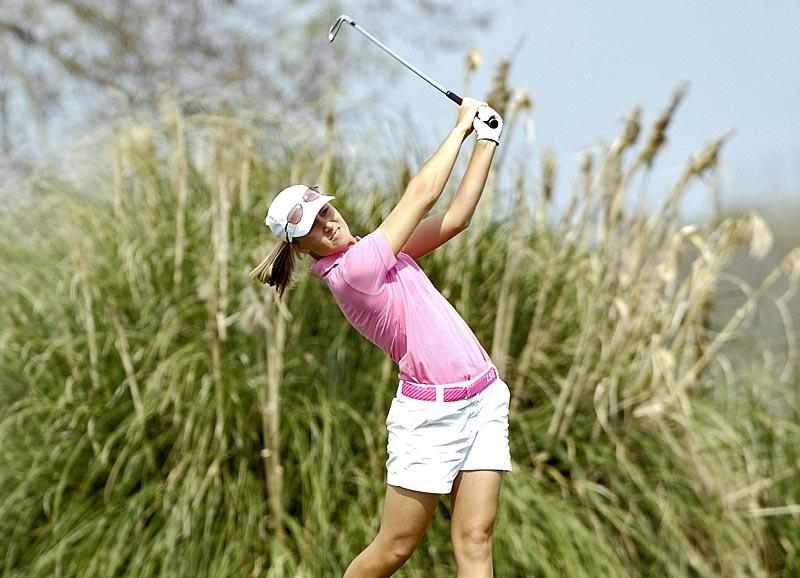 LOUDON, Tenn. — The 19th-ranked LSU Lady Tigers found their chances to put themselves in a good position in the first round of the women’s Southeastern Conference golf tournament were literally blown away Friday at the Tennessee National Golf Club.

The combination of dormant fairway grass, hard greens buffeted by steady 20 mile an hour winds that often gusted to 25 or higher proved the Lady Tigers undoing as they suffered five penalty strokes for balls in the water and the team had just five total birdies, three by freshman Megan McChrystal including two in the final four holes.

On the day just three players broke par of 72 on the 6,200-yard Greg Norman course and 19 players failed to break 80 on the opening round of the 54-hole event. The scoring average for the 60 players was 78.43 and there were 15 scores higher than double bogey registered with just one eagle on the short par-5 14th.

LSU finished at 22-over par 310. LSU is in a tie for eighth with 10th-ranked Auburn and ahead of host Tennessee, the 16th-ranked and host team which shot 28-over 316 on the day.

Ole Miss, LSU and Auburn will be paired together in the second round on Saturday.

“We just didn’t commit to hitting shots,” said LSU Coach Karen Bahnsen. “There were lots of good shots that were hit that rolled off the green or things happened because of the swirling winds. That just happens like that sometime. We got to realize that we shouldn’t hit the ball unless we are totally committed to the shot.

“We’re ranked 19th in the country and we are the seventh or eighth ranked team in this conference,” she said. “It is still anyone’s game. We still haven’t shot ourselves out of it. Are we going to have to shoot two outstanding rounds? Absolutely. Can we do that? Absolutely. These shots the way this course is requires good thinking on the girls’ part. You can’t have doubts that you can make the shot. You can’t say that. We’ve got to keep fighting and working hard and committing to the shots.”

Freshman McChrystal, the 47th-ranked player in the country, made a long birdie putt on her 16th hole of the day, the sixth on the course and also birdied the par 4 eighth to make up for a double bogey early in her final nine holes that allowed her to get back to a three-over par 75 finish, by far LSU’s best round of the day.

McChrystal is in tie for 14th in the tournament that is led by defending NCAA champion Stacy Lewis of Arkansas at three-under 69. The other players under par were Chrystal Caithness of Georgia and Dori Carter of Ole Miss at one-under 71.

LSU on the day also counted a 77 from junior Caroline Martens and a 79 from senior Alexis Rather and freshman Amalie Valle. Senior Rebecca Kuhn had an eight-over 80.

The second round Saturday has been pushed back two hours to a tee time start at 10 a.m. CDT start because of heavy weather expected in the weather overnight and early Saturday morning. LSU’s wave will tee off at 10:50 a.m. Live scoring for the event can be found at www.LSUsports.com through www.golfstat.com.