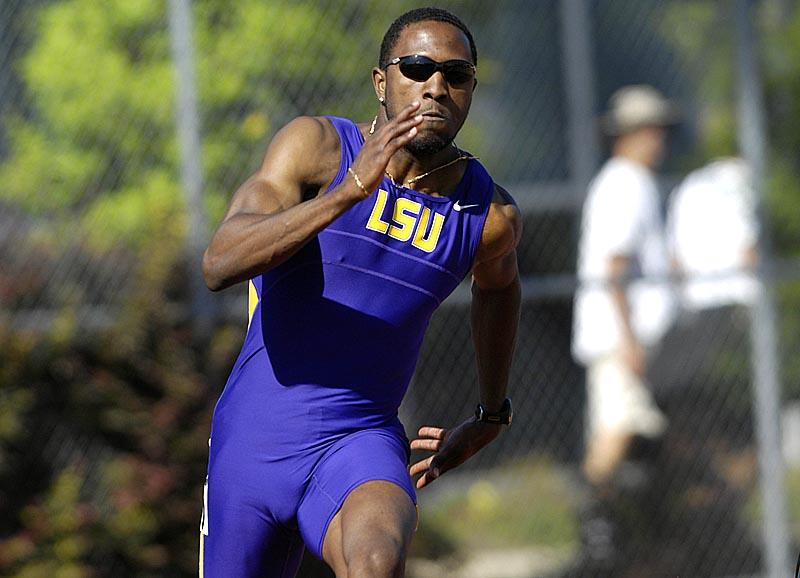 BATON ROUGE — The LSU track and field teams will wrap up their home schedule this weekend as they play host to a world-class field at the LSU Alumni Gold to be held at the Bernie Moore Track Stadium on Saturday afternoon.

LSU’s top-ranked women’s team and second-ranked men’s team will battle the nation’s best as a total of five ranked opponents will be among the teams making the trip to Baton Rouge.

The Tigers will battle two Top 10 teams as they welcome the likes of No. 1 Texas A&M and No. 8 Auburn to the Bernie Moore Track Stadium. The Lady Tigers will compete against such ranked opponents as No. 3 Texas A&M, No. 11 Auburn and No. 19 Ole Miss.

The action kicks off at 11:30 a.m. CDT with the field events followed by the first events on the track as the gun will fire for the first time at 2 p.m.

“I don’t think there’s any question that this is the biggest home meet of the year for our teams with the quality field we’re able to attract,” said LSU head coach Dennis Shaver. “We’ve got some of the best collegiate teams in the country that are going to be here, as well as some of the best athletes from around the world. It’s going to be a lot of fun.”

As its name might suggest, this year’s LSU Alumni Gold meet has attracted a world-class field that features many former LSU standouts who will be looking to earn a spot on their respective Olympic teams later this summer.

Headlining the list of former Tigers scheduled to compete are Derrick Brew and Walter Davis. Brew won two medals at the 2004 Olympic Games in Athens, Greece, including a gold medal in the 4×400-meter relay and a bronze medal in the 400 meters. Davis is a two-time Olympian in his own right and was the World Outdoor Champion in the triple jump in 2005.

A former World Indoor Champion, LSU great Alleyne Francique will compete alongside Brew in both the 400 meters and 4×400-meter relay. Former Tigers Isa Phillips and Russ Buller will also open up their outdoor seasons during Saturday’s action.

Phillips became the first Tiger in 40 years to win an NCAA title in the 400 hurdles with his win a year ago, while Buller is a former NCAA champion in the pole vault after winning in 2000.

The Lady Tigers are not without their share of star power as three former standouts are scheduled to compete. Hurdler Lolo Jones, who is the reigning World Indoor Champion in the 60-meter hurdles, is slated to open her outdoor season in the 100 hurdles, while Marian Burnett and Neisha Bernard-Thomas are two of three sub two-minute 800-meter runners in this year’s field.

Other world-class athletes scheduled to compete include two sub 50-second 400-meter women in Davita Pendergast and Novelene Williams, as well as sprinters from the Canadian National Team under the direction of former LSU All-American Glenroy Gilbert.

“It’s become a tradition for many of our alumni who are still competing as professionals to come back and participate in this meet,” Shaver said. “That obviously elevates the level of competition, and there are a lot of events at this meet that are really loaded up with some great collegiate and professional athletes. It’s going to be great to see them get out there and compete.”

The LSU Alumni Gold also marks the final time that 23 seniors will wear the LSU uniform at the Bernie Moore Track Stadium as they will be honored in a ceremony slated to begin at 6:40 p.m.

“This is a great event for our seniors, and we will be honoring them with a nice ceremony late in the meet,” Shaver said. “We appreciate everything that those 23 student-athletes have done for our program these last few years, and this will be a great way for them to go out in their last home meet. We’re looking forward to each of them having a big day.”

This will be an important weekend for LSU’s 800-meter runners as four All-Americans will be competing in the event for the first time this season.

Sophomore LaTavia Thomas is set to run the half mile for the first time outdoors after being crowned the NCAA indoor champion in the event earlier this season. The Tigers will be led in the event by senior Elkana Kosgei, who was this year’s NCAA indoor runner-up. All-Americans Jamaal James and Reuben Twijukye will also open up in the 800 during Saturday’s action.

Other notable collegians scheduled to compete for LSU include sprinter Trindon Holliday, who was last year’s NCAA runner-up in the 100-meter dash, and the nation’s third-ranked men’s and women’s sprint hurdlers in senior Ryan Fontenot and junior Nickiesha Wilson.

The meet should also be a preview of what’s to come at the NCAA Championships as LSU and Texas A&M feature the nation’s top two 4×100-meter relay teams for both the men and women.

After playing host to the LSU Alumni Gold on Saturday, the Tigers and Lady Tigers will wrap up the regular season with their annual trip to Philadelphia to compete in the 114th running of the Penn Relays at historic Franklin Field. The championship season kicks off May 15-18 as the 2008 SEC Outdoor Championships will be held at Hutsell-Rosen Track in Auburn, Ala.