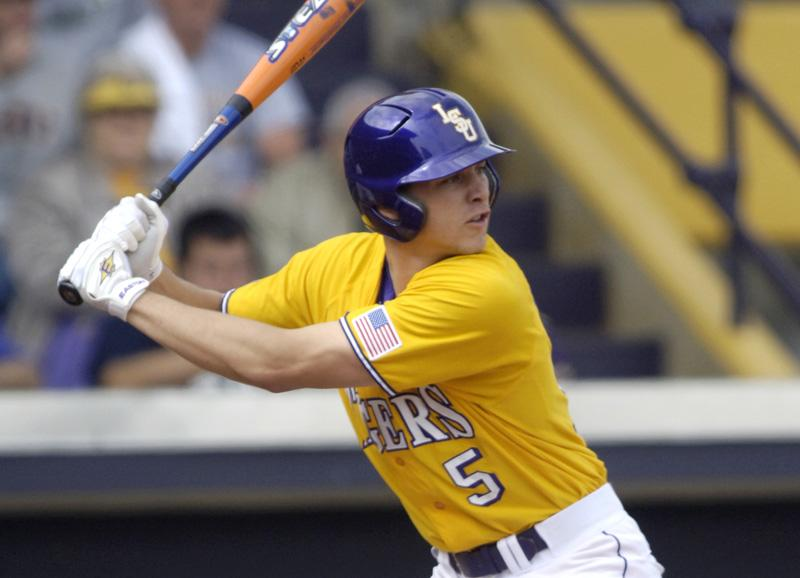 Live video and audio of the games may also be accessed in the Geaux Zone at www.LSUsports.net. Streaming video will not be available for Saturday’s game due to the Southeastern Conference TV contract with Fox Sports Net.

LSU has split a pair of non-conference games this week, as the Tigers defeated Nicholls State 11-2 on Tuesday before dropping a 6-5 decision at New Orleans on Wednesday.

LSU is tied for second place in the SEC West with Auburn and Alabama, three games behind first-place Ole Miss. Georgia, which has won eight straight league games, is in first place in both the SEC East and in the overall conference standings.

“This is obviously a very big series for us here in Baton Rouge, “said LSU coach Paul Mainieri. “We’ve played three of our first five SEC series on the road, and now we’ll play two in a row at home. This is the crossroads of our season in the SEC — we need to go out there and play well and match up with an outstanding Georgia ball club.

“When I look at Georgia, I see a team that is strong in every aspect of the game. We know we have a tremendous challenge in front of us, but our kids will be ready to play and it should be an exciting weekend.”

Mainieri said junior left-hander Blake Martin (1-2, 4.91 ERA) will start Friday’s game on the mound for LSU. Junior right-hander Jordan Brown (3-0, 4.28 ERA) will be the Tigers’ starter on Saturday, and Mainieri will announce his Sunday starter as the series progresses.

LSU junior rightfielder Derek Helenihi leads the Tigers with a .359 (42-for-117) batting average, and he has collected nine doubles, three triples, one homer and 20 RBI. Freshman shortstop DJ LeMahieu is hitting .331 (43-for-130) with three doubles, four homers and 24 RBI.

Junior first baseman Matt Clark is batting .317 (39-for-123), and he leads the Tigers in home runs (13). Clark is tied with leftfielder Blake Dean in the team lead for RBI with 29.

The series this weekend marks the first meeting between LSU and Georgia since 2005, when the Tigers swept three games from the Bulldogs in Athens.

LSU, which leads the overall series, 51-15-1, has won four straight SEC series over Georgia. The Bulldogs’ last series victory over the Tigers came in 2001, when UGA won two of three games in Athens.

RANKINGS
Georgia is ranked No. 7 by Collegiate Baseball and No. 13 by Baseball America and USA Today/ESPN

INTERNET
www.LSUsports.net ? live video, audio and stats (no live video for Saturday’s game due to the SEC’s television contract with FSN)

FRIDAY
First 1500 Fans Will receive Set 1 of LSU Trading Cards (Set 2 to be given out next Friday)
The 1975 LSU SEC Championship team will be signing autographs behind the Tiger Terrace from 6pm – 7pm and taking part in the Alex Box Stadium Countdown
Final Season Prize Bonanza: Enter to win great raffle prizes with the purchase of a hot dog/big gulp combo at any concession stand. Friday’s Prize: Louisiana Lottery scratch tickets

SATURDAY
First 250 fans will receive a ticket for free jambalaya from any concession stand
Former LSU All-American Scott Schultz will be signing autographs behind the Tiger Terrace from 2pm – 3pm and taking part in the Alex Box Stadium Countdown
Final Season Prize Bonanza: Enter to win great raffle prizes with the purchase of a hot dog/big gulp combo at any concession stand. Saturday’s Prize: $200 gift certificate from Adler’s

SUNDAY
Mel Didier will be signing autographs behind the Tiger Terrace from 11am to 12pm. Additionally, he will be selling and signing his new book “Podnuh Let Me Tell You a Story: A Baseball Life.” Didier will also be taking part in the Alex Box Stadium Countdown.
Kids (ages 12 and under) have the opportunity to run the bases after the game as part of Super Chevy Sunday Kids Day