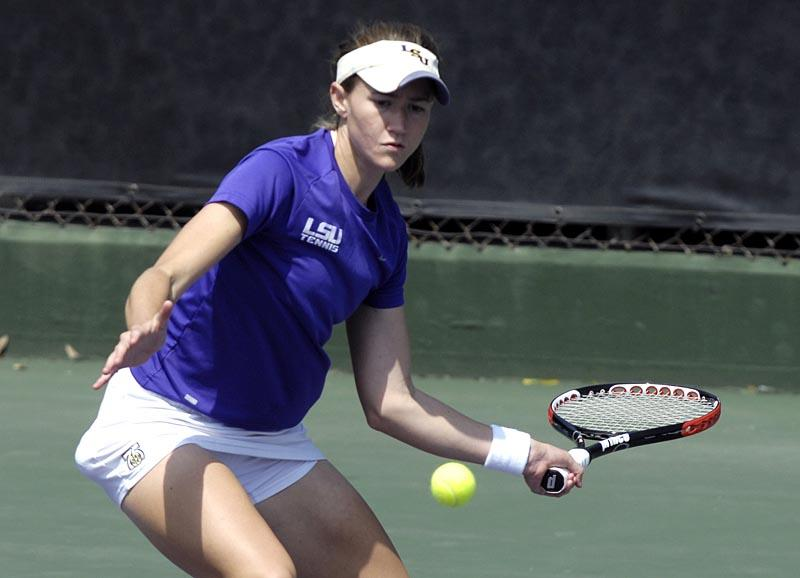 Spencer, a junior from Memphis, Tenn., served as an integral part of the SEC Together we CAN Food Drive held at LSU in fall 2007. Spencer collected cans for the Greater Baton Rouge Food Bank for the event.

Spencer also headed up the tennis team’s visit to Our Lady of the Lake Children’s Hospital where she and the team cheered up patients on the pediatric floor, passed out LSU temporary tattoos and visited with the families.

Spencer spearheaded the Halloween BOOzar held in the LSU fieldhouse. Each team set up an event for kids to have fun, and Spencer and the tennis team set up a mini tennis court for the kids to play.

She also collected food for LSU’s Thanksgiving Food Drive, and she participated in the Christmas Toy Drive, where she and the tennis team helped raise money for an underprivileged girl. Spencer went out and shopped for the little girl and bought her toys and clothes and presented the gifts to the girl at the Christmas with the Tigers event right before Christmas.

Besides her work in the community, Spencer has also shown great success in the classroom as she currently has a 3.946 GPA and is majoring in economics. Spencer, who was redshirted in 2005, will graduate in May after four years at LSU. She will compete for the Lady Tigers in her senior season next year as a graduate student.