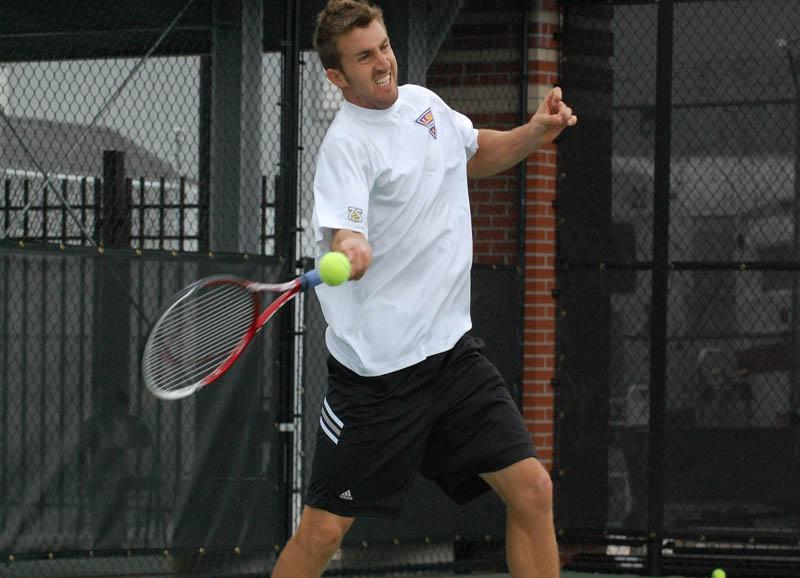 NOTE: Due to rain, Friday’s match has been moved indoor to the Dill Indoor Tennis Center.

The Tigers (14-7) will now face the eighth-ranked and third-seeded Tennessee Volunteers (20-2) Friday at 9 a.m. CT. It will mark the second straight year the two teams have squared off in the in the SEC quarterfinals.

Tennessee received a bye in the first round and ended the regular season by snapping Georgia’s 40-match SEC win streak last Saturday with a 4-3 win in Athens, Ga.

The win improves LSU’s tournament record to 21-16 including a 6-1 mark in first round matches. The Tigers own a 9-8 record in quarterfinal contests.

“The team did a good job of avoiding a letdown with one of Mississippi State’s top players (Ivan Bjelica) out of the doubles line up,” LSU head coach Jeff Brown said. “We kept our focus in doubles, which set us up for our strength which is singles. We have great depth in the singles line up which showed with our third, fourth and fifth guy winning their match. We are going to need everyone focused and ready tomorrow for our match against Tennessee.”

LSU won the doubles point by picking up wins on courts one and three. Freshman Sebastian Carlsson and senior Jan Zelezny breezed past Artem Kuznetsov and Antonio Lastre, 8-1, to give the Tigers the early advantage.

LSU’s top duo of James Cluskey and Michael Venus gave LSU a 1-0 lead by taking their match against Ryan Farlow and Pjotrs Necajevs, 8-5. The win improves the Tiger tandem’s record this season to 14-4.

The senior pair of Kevin Dessauer and Colt Gaston was tied at 7-all on court three when LSU clinched the early point.

The Tigers carried their momentum in singles by winning the first set on all six courts.

After trailing 4-1 in the first set, Cluskey showed great bounce back ability by rallying to take his opening set, 7-5, against Kuznetsov.  The Ireland native dominated the second set as he blanked Kuznetsov, 6-0, to give LSU a 3-0 advantage. The win improves Cluskey’s record to 15-6 on the season.

Carlsson, Dessauer and Zelezny were all in great position to clinch the win for LSU. It was team captain Dessauer who sealed the deal for the Tigers as he defeated Chris Doerr, 6-3, 6-4. The second-team All-SEC selection now owns a 21-10 record, including an outstanding 16-3 mark in dual play.

LSU and Tennessee met on March 23 in Knoxville, Tenn., where the Volunteers won by a 6-1 mark. The Tigers defeated the Volunteers in the SEC quarterfinals in Baton Rouge last season by a 4-2 score. LSU owns a 30-22-1 all-time record against Tennessee, including a 2-1 lead in tournament play.

Tennessee head coach Sam Winterbotham, who was named SEC Coach of the Year, is in his second year of leading the Volunteers.

Tennessee represents three singles players and one doubles duo in the national rankings. SEC Freshman of the Year J.P. Smith is the highest-ranked Volunteer at No. 33. All-SEC second-team selections Kaden Hensel and Boris Conkic are ranked No. 41 and No. 89, respectfully. Hensel and Smith are also listed in the doubles rankings at No. 12.