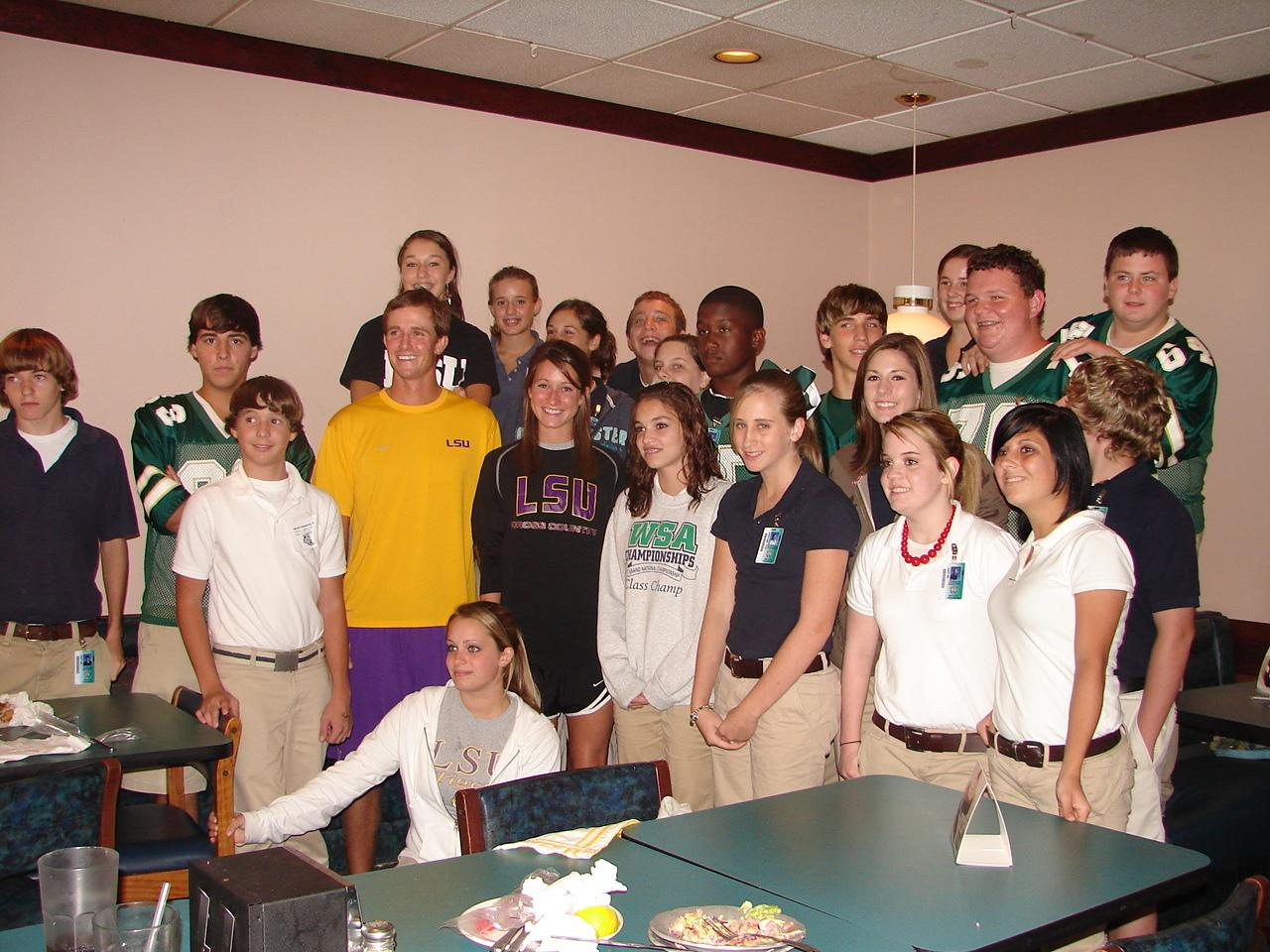 BATON ROUGE — The Southeastern Conference released its Men’s Golf Community Service Team on Thursday as teams prepare for the start of the SEC Championships on Friday, and senior Garrett Runion was named a member of the team for the third time in his career.

Runion is one of 10 student-athletes named to this year’s team, which includes a representative of each men’s golf program except Arkansas and Kentucky.

The native of Orlando, Fla., has proven to be one of LSU’s more active student-athletes in the community as his activities include passing out candy and signing autographs at the annual Halloween BOOzar, as well as raising money to buy toys and clothes for an underprivileged boy during LSU’s annual Christmas Toy Drive.

This year, Runion also teamed with Shaquille O’Neal and other LSU athletes to help build nearby Polk Elementary a playground during the fall semester.

In addition, Runion has been an MDA Strides & Rides volunteer, a United Way Day of Caring Kickoff participant, a speaker for Walker High School’s speech class and a teacher of fire safety to third graders at a local elementary school.

The Tigers will tee it up in the postseason for the first time this weekend as they make the trip to St. Simons Island, Ga., to compete in the nation’s most competitive conference tournament at the 2008 SEC Men’s Golf Championships at Frederica Golf Club. The three-day event opens Friday with the first round followed by Saturday’s second round and Sunday’s final round.