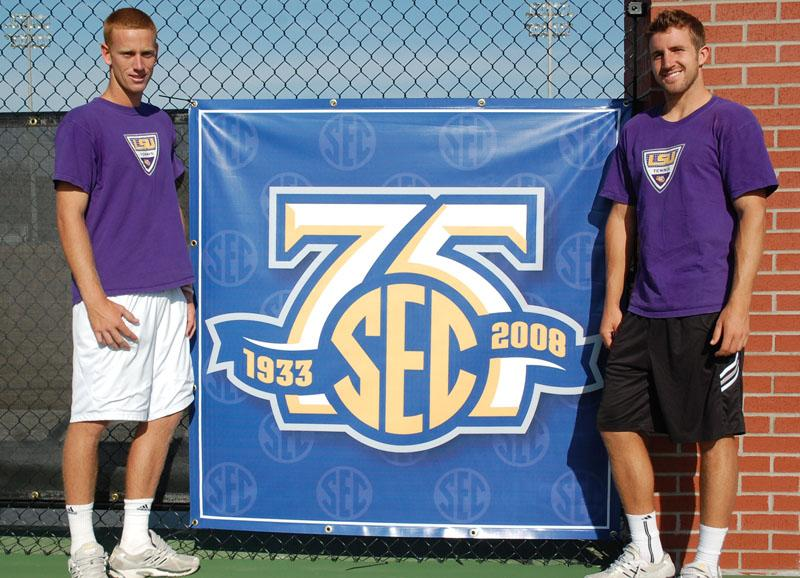 Venus, who is ranked No. 39 in the country, began his LSU career in January and has notched 13 singles victories while playing among the top two spots. Seven of his victories were against ranked opponents, including three in the top 30.

Venus and partner James Cluskey compiled a team-best 13 doubles wins including going a perfect 10-0 at home.

Dessauer has compiled a 15-3 dual record this season, including an outstanding 10-0 at home. Nine of his dual wins have been in straight sets. The New Orleans native opened the dual season on a 10-match win streak and only lost four sets during that stretch.

Dessauer is tied for the team lead in conference wins with eight. He is third on the team in doubles wins with 17.

Dessauer has held a perfect 4.00 grade point average, with a major in Kinesiology, during his
time at LSU. The three-time ITA Academic All-American was the 2006 and 2007 Tiger
Athletic Foundation Male Student-Athlete of the Year and was a 2007 ESPN The Magazine first team Academic All-American.

Dessauer was nominated by LSU for the H. Boyd McWhorter Scholar-Athlete Post-Graduate Scholarship this season, which goes to the top male and female SEC scholar-athlete.