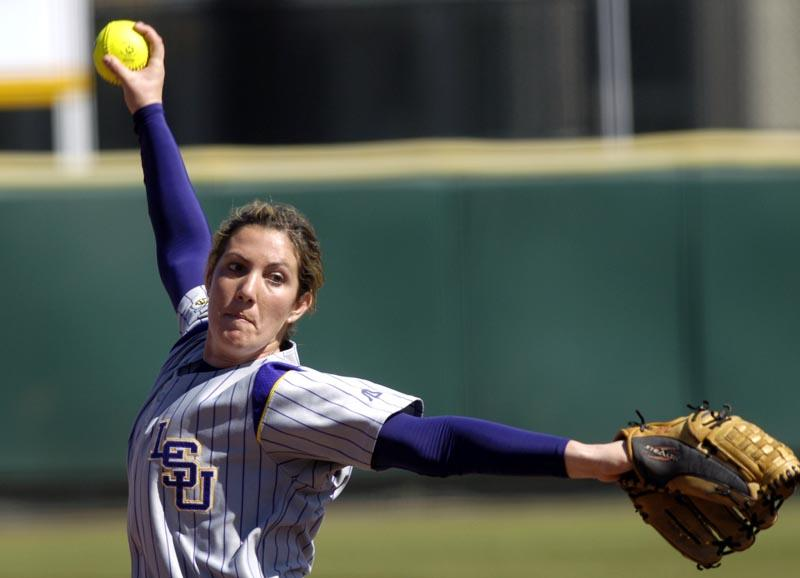 With the win, the Tigers improved to 33-12 on the season, while the Lady Colonels dropped to 25-22 overall. LSU returns to action on the road this weekend as the Tigers travel to Knoxville for a three-game Southeastern Conference series against No. 9 Tennessee.

The series against the Lady Vols marks the third weekend in the last month that the Tigers have faced a top 10 team on the road in conference play. LSU will take on Tennessee in a doubleheader on Saturday beginning at noon CDT before concluding the series with a single game on Sunday at noon. The first and third games of the series will be televised on Fox Sports in Baton Rouge on cable channel 38.

“I told this team that we probably couldn’t win the west or the overall SEC championship this season,” said LSU head coach Yvette Girouard about not letting the season slip away, “but we can still win the tournament, we can still win regionals and super regionals and still get to the World Series. All of that is still attainable if we get hot at the right time. We’ve got to remain positive and just keep plugging away and trying to get better every day.”

Tiffany Garcia earned the complete-game win to improve to 2-1 on the season. The senior hurler gave up two unearned runs on only three hits with no walks and five strikeouts. Audrey Wood started and took the loss for Nicholls to fall to 6-4 overall. She allowed seven runs on nine hits with a walk and three strikeouts in three and a third. Jessica Barksdale came on in the fourth and gave up three runs on three hits with seven walks and no strikeouts in the final inning and two-thirds.

“I thought Tiffany Garcia threw outstanding except for one pitch but the game could have been over for her if we had gotten the run-rule for her in the fifth or we make a play and we’re out of the inning,” said Girouard. “She threw very well and was in total command.”

Erika Sluss got the Tigers on the board in the bottom of the second. The senior first baseman hit a 1-0 pitch over the fence in left center field. It marked the seventh home run of the year for Sluss, which moved her into second place on the team in homers this season.

Erratic pitching by the Lady Colonels in the bottom of the fourth contributed to a six-run inning. LSU scored six runs on six hits with three walks, including a pair of bases loaded free passes. Quinlan Duhon led off the inning and recorded a pair of hits in the sixth. In addition, Tayl’r Hollis, Jessica Mouse, Dee Dee Henderson and Jazz Jackson each posted hits, all singles, while Mouse, Shannon Stein, Jackson, Rachel Mitchell, Killian Roessner and Duhon each recorded RBIs.

Nicholls State ended the shutout with a two-run home run by Danielle Clayton in the top of the sixth. After Kat Harrell reached on a fielding error by Stein with one out, which ended a streak of 10 straight Lady Colonels retired, Clayton hit a two-out home run to left field that scored a pair of unearned runs.

The Tigers ended the game early with three runs in the bottom of the sixth, courtesy of four walks and a hit by pitch. Roessner led off the inning with a walk before Duhon got her third hit of the game. A walk to Hollis loaded the bases before a walk to Sluss scored Ashley Applegate, pinch running for Roessner. On a wild pitch, Duhon scored and Hollis and Sluss moved to second and third. A walk to Mouse once again loaded the bases. Stein was then hit by a pitch to score Hollis and end the game.

“It was good to see the kids smile and have some fun at the park because it’s been a little rough for us lately,” said Girouard.

LSU is now 109-5 all-time against in-state schools, including a 6-0 record this season. The Tigers have now defeated Nicholls State four times this season, with three wins coming at Tiger Park and one coming in Thibodaux. LSU knocked off the Lady Colonels twice at Tiger Park in the Easton Tiger Classic, 9-1 in six innings, and 9-2 in the championship game, before winning, 3-0 on the road.