Gymnastics to Compete in NCAA Afternoon Session; Open on Floor 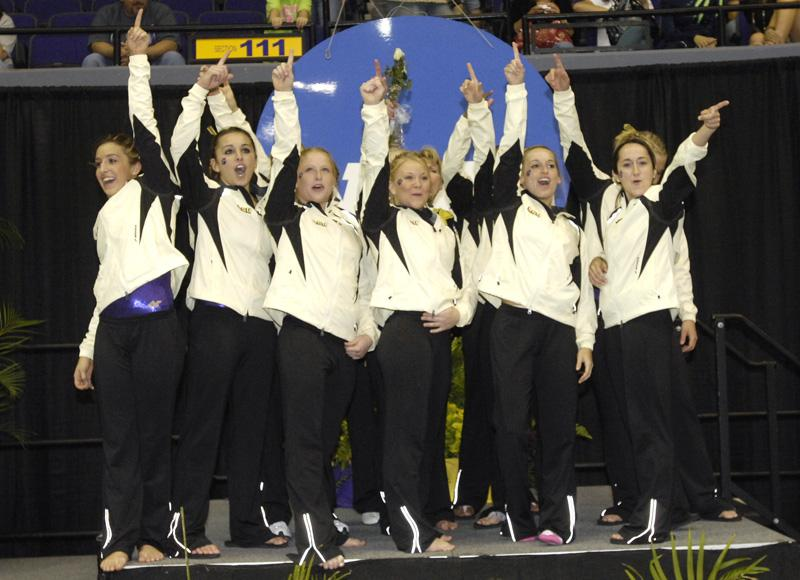 BATON ROUGE ? The No. 7 LSU gymnastics squad learned Monday that they will compete against No. 3 Florida, No. 4 Alabama, No. 8 Oregon State, No. 10 Oklahoma and No. 11 Arkansas in the first preliminary session of the NCAA Championships.

The first preliminary session will be held at noon CDT on Thursday, April 24, in Athens, Ga., at the Stegeman Coliseum.

LSU punched their ticket to the National Championships after placing first in the NCAA Central Regionals held in Baton Rouge. The team posted a 197.625, edging Stanford (197.525) for the victory.

LSU will start the afternoon with a bye before floor. The Tigers will then move to the floor and the vault before another bye in the fourth rotation. They will compete on the bars in the fifth rotation before ending the competition on the beam.

The second preliminary session will consist of No. 1 Georgia, No. 2 Utah, No. 5 Michigan, No. 6 Stanford, No. 9 UCLA and No. 13 Denver. The teams that qualified for the NCAA Championships preliminary sessions finished in the top two at their NCAA Regional.