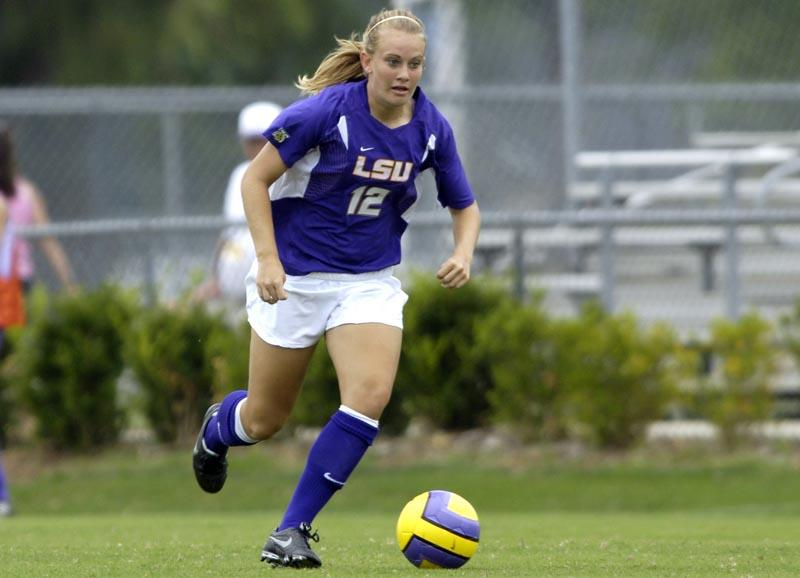 HOUSTON — The LSU soccer team battled nationally-ranked Texas to a 1-1 draw at Meyer Park on Sunday afternoon to wrap up the spring season with a 2-1-3 record against one of the more challenging exhibition schedules in all of women’s college soccer.

After the Longhorns had taken a 1-0 lead in the 23rd minute of the first half, the Tigers drew level in the 40th minute when a Texas defender headed the ball into her own net following a cross from sophomore Brittany Lowe for an LSU own goal.

The Tigers extended their unbeaten streak in spring action to three games following a 1-0 shutout of Southeastern Louisiana on April 2 and a 6-0 shutout of Northwestern State on Wednesday.

“This was a great way for our kids to end the spring season,” said LSU head coach Brian Lee. “The Challenge Soccer Club put on a great event here in Houston, and playing a proven program like Texas made for a competitive environment. We had a great atmosphere with plenty of fans in the stands wearing their purple and gold and burnt orange.”

Sunday’s match marked the second time this year that the sides have battled to a draw after the Tigers drew the fourth-ranked Longhorns by a 2-2 score in Austin, Texas, back on Sept. 18.

LSU continued its success from the 2007 regular season with the start of its spring exhibition season nearly two months ago as it battled national powers North Carolina and Duke to a pair of 0-0 draws on Feb. 16. The Tigers followed with a difficult 1-0 loss at the hands Big 12 champion Texas A&M on March 2 at the Aggie Soccer Stadium in College Station, Texas.

“This has been a very productive spring for our team, and today’s result gives our kids confidence heading into the summer,” Lee said. “They continue to mature and improve. We are a much improved team from the fall and are looking forward to the 2008 season with great anticipation.”

The Tigers are set to open the 2008 regular season on Aug. 22 as they play host to South Alabama in a match scheduled for 7 p.m. CDT at the LSU Soccer Complex.