No. 17 Men's Tennis to Open SEC Tournament as Sixth Seed 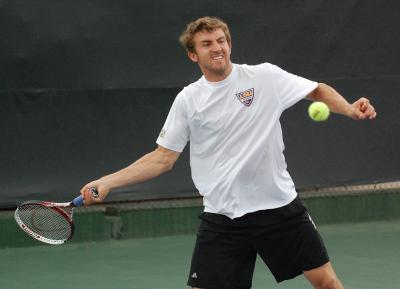 The conference tournament, which is hosted by Arkansas, will take place April 17-20 with the championship match coming on Sunday, April 20 at 1 p.m.

The LSU-Mississippi State match will open the tournament and the winner will face third-seeded Tennessee on Friday at 8:30 a.m.

LSU defeated Mississippi State on April 5 in Starkville, Miss., by a 5-2 score.

SEC regular-season champion Georgia earned the top seed for the third-straight year and will face the winner of the ninth-seeded Arkansas and eighth-seeded Vanderbilt match.  The Bulldogs have won the tournament the past two seasons.

SEC West Champion Ole Miss earned the second seed and will battle the winner of the 10th-seeded Kentucky and seventh-seeded Auburn match.

Third-seeded Florida will take on the winner of the 12th-seeded South Carolina and fifth-seeded Alabama match.