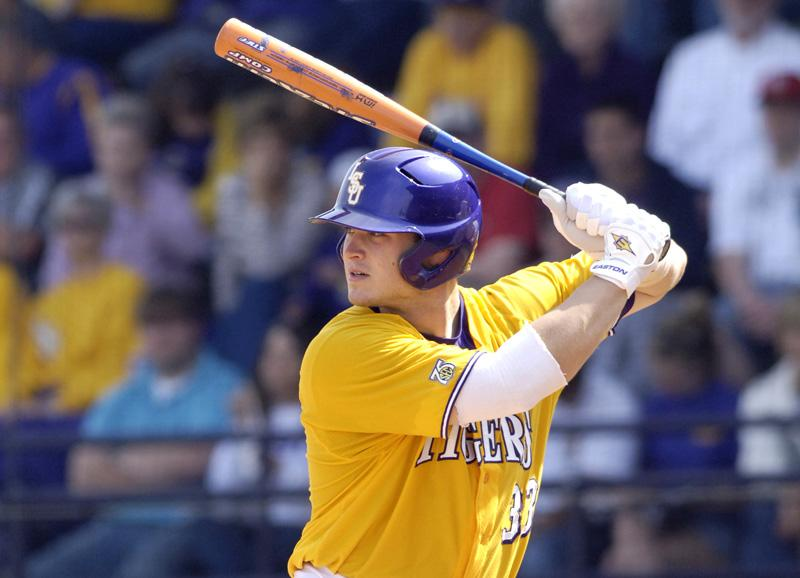 OXFORD, Miss. — Freshman left-hander Drew Pomeranz limited LSU to one run on four hits in eight innings Saturday to lead No. 18 Ole Miss to a 7-1 victory over the Tigers at Swayze Field.

The game was played before a crowd of 9,412 fans, the second-largest attendance figure in Ole Miss baseball history.

The teams meet in the final game of the series at 1:30 p.m. Sunday. The contest can be heard on the LSU Sports Radio Network and in the Geaux Zone at www.LSUsports.net, where live video is also available.

Sunday’s game will be televised on affiliates throughout Louisiana by the Jumbo Sports Network (Cable Ch. 16 in Baton Rouge).

Pomeranz (3-1) worked eight innings for the win Saturday, allowing one run on four hits with three walks and five strikeouts.

“We knew going into the series that Ole Miss had a tremendous pitching staff, and they certainly have lived up to their billing,” said LSU coach Paul Mainieri. “Their pitcher today (Pomeranz) is ultra-talented, and he did a nice job of keeping us off the scoreboard for most of the game.

“We’re not discouraged, and I know our guys will keep battling through this entire series. We’ll have Jared Bradford on the mound (Sunday), and he always gives us a great opportunity to win a ball game.”

The Rebels took a 1-0 lead in the first inning against LSU starter Blake Martin as DH Fuller Smith doubled and scored on leftfielder Logan Power’s triple to right field.

Ole Miss extended its advantage to 3-0 in the second inning as the Rebels scored on catcher Brett Basham’s suicide squeeze bunt with the bases loaded before Smith delivered an RBI single.

The Rebels struck for four runs in the bottom of the sixth to take a commanding 7-0 lead. Second baseman Zach Miller lined an RBI double, Power contributed a two-run single and third baseman Cody Overbeck added an RBI single to highlight the inning.

LSU scored its run in the top of the eighth when catcher Micah Gibbs doubled and later scored on third baseman Michael Hollander‘s grounder to shortstop.

Martin (1-2) was charged with the loss as he allowed seven runs on seven hits in 5.1 innings with three walks and four strikeouts.