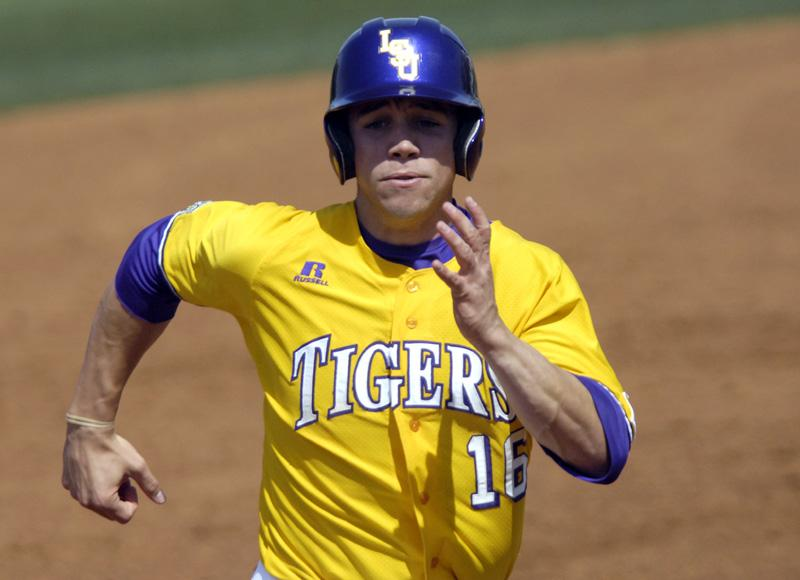 OXFORD, Miss. — Catcher Brett Basham launched a solo homer in the bottom of the eighth inning Friday night to break a 1-1 tie and lift #18 Ole Miss to a 2-1 victory over LSU at Swayze Field.

Game 2 of the LSU-Ole Miss series is set for 4 p.m. Saturday. Left-hander Blake Martin will start on the mound for LSU against Ole Miss southpaw Drew Pomeranz.

Friday’s game was tied at 1-1 in the bottom of the eighth when Basham led off the inning with a homer against LSU reliever Daniel Bradshaw. Basham’s dinger was his second of the season.

However, first baseman Matt Smith lined into a double play at third base, and centerfielder Michael Guerrero flied to center the end the inning.

Designated hitter Blake Dean kept the inning alive for LSU with a sharp single to right field, but Bittle struck out first baseman Matt Clark to end the game and earn his third save of the season.

Ole Miss starter Lance Lynn (5-0) earned the win, as he limited LSU to one run on two hits with no walks and a career-best 12 strikeouts. Lynn engaged in a pitchers’ duel with LSU starter Jordan Brown, who delivered the best performance of his career as a Tiger.

Brown worked seven innings ? his longest outing of the season ? and limited the Rebels to one run on six hits with no walks and eight strikeouts.

“Tonight’s game featured a great effort by Jordan Brown,” said LSU coach Paul Mainieri. “I thought he did an excellent job of staying ahead of the hitters and shutting down a very good Ole Miss club. Unfortunately, we couldn’t generate enough offense against their pitchers. Those guys are legitimate first-round draft picks.

“I thought we competed hard tonight in an intense atmosphere, and we’re looking forward to the chance to even the series (Saturday).”

LSU opened the scoring with a solo homer by Schimpf ? his sixth of the year — in the top of the third, but the Rebels answered in the bottom of the frame when Smith and Power  hit consecutive doubles to tie the game at 1-1.

Saturday’s game can heard on the LSU Sports Radio Network and in the Geaux Zone at www.LSUsports.net. It will also be broadcast on XM Satellite Radio Ch. 199.