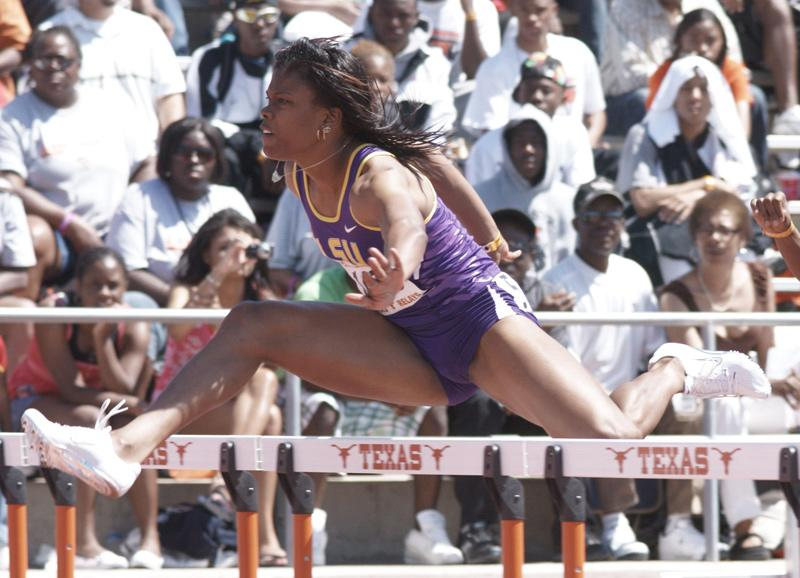 BATON ROUGE — After participating in a pair of relay meets the last two weeks, the LSU track and field teams will focus on NCAA regional qualifying in individual events this weekend as they play host to the Tiger Invitational on Saturday at the Bernie Moore Track Stadium.

Many of LSU’s athletes are looking to qualify for the NCAA Mideast Regional Championships for the first time this outdoor season as the action is scheduled to get underway with the field events at 11:30 a.m. followed by the first events on the track at 2 p.m.

The University of Arkansas will play host to this year’s NCAA Mideast Regional Championships as the two-day meet is scheduled for May 30-31 at John McDonnell Field in Fayetteville.

“This is an important meet for our teams because it’s really the first time this season we’ll be able to focus our efforts on regional qualifying performances,” said LSU head coach Dennis Shaver. “Many of our athletes will be competing in certain events for the first time this season, and it’s an important meet for them to see where they are at this stage of the game.”

The Tigers and Lady Tigers have competed in such events as the 4×200, 4×800, 4×1,500, sprint medley and distance medley relays the past two weeks at the LSU Relays and the Texas Relays, but the squads will only run the 4×100 and 4×400 relays at the Tiger Invitational this weekend.

“It’s exciting for our kids to have the opportunity to run a number of different relays at an event like the Texas Relays, but those aren’t the events that will score points at the championship meets,” Shaver said. “It’s important for us to not only add some individual qualifiers this week, but also to work on building some consistency with our 4×100 and 4×400 relays.”

Junior Nickiesha Wilson is set to open up her season in the 400-meter hurdles during Saturday’s action as she is among the favorites to be crowned this year’s national champion in the event.

Wilson enjoyed a record-setting sophomore season in the event a year ago when she finished as the NCAA runner-up before setting a new school record of 53.97 seconds in the semifinal round en route to a fourth-place finish at the 2007 IAAF World Championships in Osaka, Japan.

Senior Richard Thompson will run his first 200-meter race this season after opening with a new school record and world-leading time in the 100-meter dash at the Texas Relays on April 5.

Thompson was named the SEC Male Track Athlete of the Week for the third time this season for his performance as his winning time of 10.0 seconds in the men’s invitational 100-meter dash broke the school record of 10.02 previously held by teammate Trindon Holliday and established a new stadium record in the 10-year history of Mike A. Myers Stadium.

Sophomore Armanti Hayes is set to compete in the 400 meters for the first time this season as he is already regionally qualified in the 200 meters. Junior John Kosgei has the potential to become just the third Tiger in program history to earn All-America honors in the 1,500 meters, and will open in the event during Saturday’s competition.

Other LSU athletes who are looking for their first NCAA regional qualifying marks of the season include sophomore jumpers Will Coppage (long jump) and Josh Dominguez (pole vault).

“We can certainly increase our numbers for the regional meet this weekend, and it’s important for our athletes to understand that there are only a limited number of opportunities for them to qualify this season,” Shaver said. “We only have three more competitions after this weekend and that will be it before the regional meet. They need to take advantage of every opportunity they have.”

After hosting the Tiger Invitational on Saturday, the squads will play host to the LSU Alumni Gold on April 19 before wrapping up the regular season at the 114th Penn Relays in Philadelphia from April 24-26. The 2008 SEC Outdoor Championships follow May 15-18 in Auburn, Ala.