Baseball Has Opportunity to Gain Ground Against Rebels 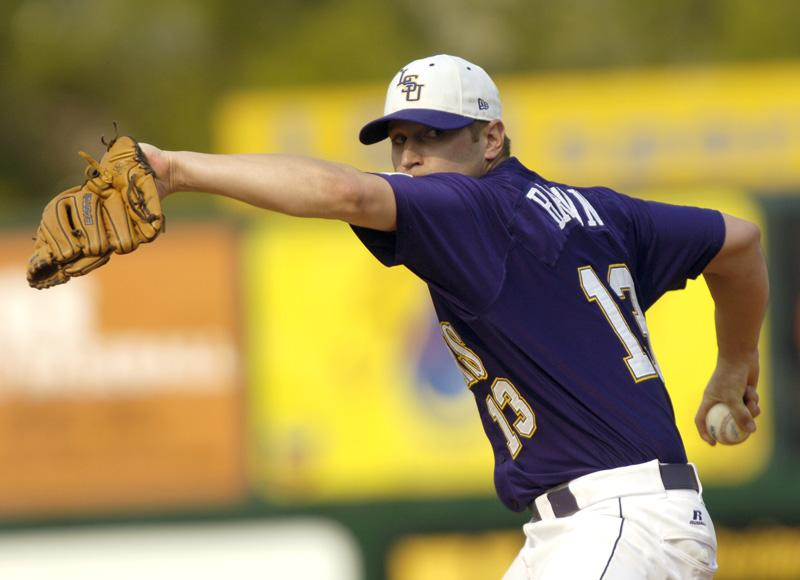 All three games will be carried by the affiliates of the LSU Sports Radio Network — the Baton Rouge affiliate is WDGL 98.1 FM. Saturday’s game will also be broadcast on XM Satellite Radio Ch. 199.

Live audio of the games may also be accessed in the Geaux Zone at www.LSUsports.net.

LSU has won six of its last seven games, including an 8-4 win over No. 29 Southern Miss Wednesday night in Hattiesburg. The Tigers are in a third-place tie with Alabama in the SEC Western Division, two games behind first-place Ole Miss.

“A very wise person once told me that great challenges provide great opportunities,” said LSU coach Paul Mainieri, “and we certainly have a great challenge this weekend against Ole Miss. They have a very talented ball club with a pitching staff that might take up half of the first round (of the MLB Draft) one day.

“It’s going to be a great experience for our ball club to play Ole Miss in front of a huge crowd. It’s a challenge we embrace and eagerly anticipate.”

Junior left-hander Blake Martin (1-1, 3.96 ERA) will start Game 2 of the series, and Mainieri said he would announce the Tigers’ Sunday starting pitcher after Saturday’s game.

Helenihi leads LSU with a .375 average, and he has collected eight doubles, three triples, one homer and 18 RBI. First baseman Matt Clark is hitting .343 with five doubles and a team-best 13 homers.

Junior outfielder Michael Guerrero is hitting .322 for the Rebels with nine doubles, four homers and a team-high 30 RBI.

LSU has captured seven of its last nine regular-season series with Ole Miss, and the Tigers have a 15-10 record against the Rebels this decade. LSU won two of three games over Ole Miss last season in Baton Rouge after the Rebels swept three games from the Tigers in 2006 in Oxford.

Bianco has an 11-13 career mark against LSU in his eight seasons as the Ole Miss coach.

RANKINGS
Ole Miss is ranked No. 18 by Baseball America, No. 18 by USA Today/ESPN and No. 30 by Collegiate Baseball