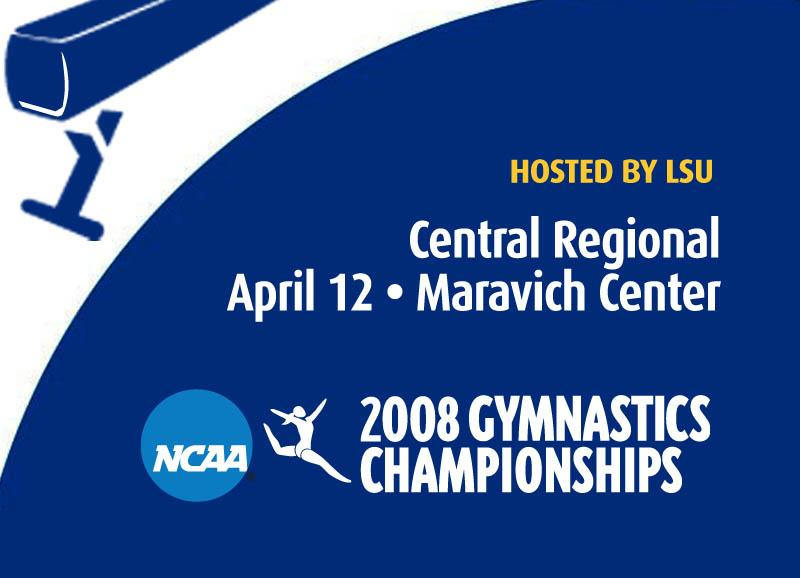 BATON ROUGE — The No. 7 LSU gymnastics squad will compete at the NCAA Central Regionals held on Saturday at 6 p.m. in the Pete Maravich Assembly Center.

Tickets for the event are available online at www.LSUsports.net., over the phone at 225-578-2184 or in person at the LSU Ticket Office. The cost for tickets are between $3-7.

The Tigers will square off against No. 6 Stanford, No. 18 Missouri, No. 20 Kentucky, Kent State and Ohio State. Additionally, individual and all-around competitors from Central Michigan, Eastern Michigan, Western Michigan, Bowling Green and Centenary will compete.

Stanford, the Pac-10 Champions, is 21-3 on the season. They are currently ranked No. 6 in the nation with an RQS of 196.770. Two of their three losses came by the hands of No. 9 UCLA. Additionally, they opened the season with a loss against No. 1 Georgia.

Missouri is 11-7 on the season. They finished third in the Big 12 Championships two weeks ago in Norman, Okla. Missouri is currently ranked No. 18 in the nation with an RQS of 195.510. Junior Adrienne Perry captured the Big 12 all-around title, posting a 39.375.

“We haven’t competed against any of these teams, with the exception of Kentucky,” said LSU head coach D-D Breaux. “I’m well aware that Stanford has world-class competitors and international elite competitors on their team. But, my feeling is that whoever starts with a 10.0 start value and is able to stick their landings and handstands is the team who will win.”

“We really can’t focus on anybody else,” added Breaux. “We can’t worry about what anyone else does in the arena. We have to be all about us.”

The Tigers last competed at the SEC Championships on March 29 in Duluth, Ga. LSU placed fourth in the competition after scoring a 196.500, but had two individuals capture shares of event titles. Sophomore Susan Jackson won a share of the vault title after posting a score of 9.950. Junior Ashleigh Clare-Kearney shared the floor event title with a 9.950. Clare-Kearney also captured the all-around event title for only the second time in LSU gymnastics history. She notched a 39.600 in the all-around, while Jackson finished sixth with a 39.450.

“Both of them had excellent SEC Championships meets, and we are relying on them to do the same thing and lead the team,” said Breaux.

“Hosting is more important because you are in your comfort zone and you are on your own equipment, which means a lot,” said Breaux. “This is the gateway. If you don’t compete well here, you don’t advance.”

The Tigers hold decent all-time records versus all of the opponents they will face this weekend. LSU is 21-5-0 against Missouri, 58-3-0 against Kentucky, 3-0-0 against Kent State and 9-0-0 against Ohio State. However, the Tigers are 0-3-0 against Stanford. They last faced the Cardinal at the NCAA Championships in Salt Lake City last season.

If the Tigers finish in the top two at the Regionals, they will be eligible for the NCAA Championships, which will be held in Athens, Ga. on April 24-26.