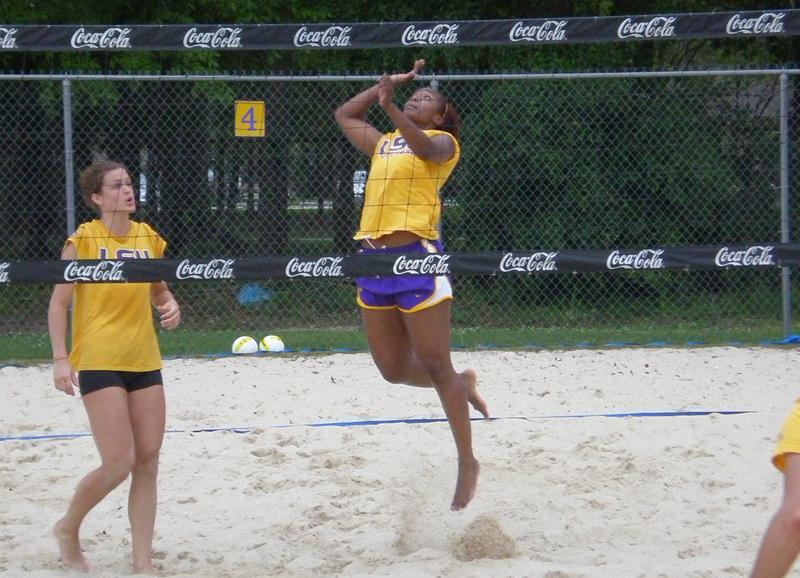 GAINESVILLE, Fla. — The LSU volleyball team will compete in the inaugural Southeastern Conference Coaches Beach Volleyball Championships, the first beach volleyball tournament held by an NCAA Division I conference, on Saturday at the University of Florida.

The championships begin with a banquet on Friday at 6 p.m. CDT at the Best Western Gateway Grand. Beach volleyball legend and three-time Olympic gold medalist Karch Kiraly will be the featured speaker for the event. Tournament play will then begin at 7:30 a.m. CDT at the Southwest Recreation Center on the campus of the University of Florida. The action is free and open to the public.

Kiraly retired from the AVP Tour in 2007 as the winningest player in beach volleyball history in both tournaments and prize money, having won more than 150 events and claimed more than $3 million in earnings. A 2001 inductee into the Volleyball Hall of Fame, he is the only player to ever win Olympic gold medals both indoors and on the sand.

Each SEC school is sending at least three, two-player teams to the tournament, with each team engaging in pool play for a chance to advance to the medal round. The competition will use rules derived from the AVP Tour, with modifications made as needed for collegiate competitors.

Competition kicks off with pool play from 7:30 a.m. to 2 p.m., followed by the bronze medal match at 3 p.m. and the gold medal match at 5 p.m. During pool play, each team will play a minimum of four matches in one of four different levels. Based on pool play results, all teams will advance to playoffs within their respective levels. Playoffs will be single elimination with a one-set format, played to 21 points.

As a celebration of the SEC’s 75th anniversary, the Commissioners Cup will be awarded to the institution which earns the most points in pool play. The four pools are named for former Commissioners of the SEC ? Roy Kramer (Level 1), Harvey Schiller (Level 2), Boyd McWhorter (Level 3) and Bernie Moore (Level 4). Each team will earn points for their respective school in the Commissioners Cup competition, based on its record in its pool. The school with the most points at the end of pool play will be awarded the Cup.