No. 12 Softball Remains on Road at Kentucky 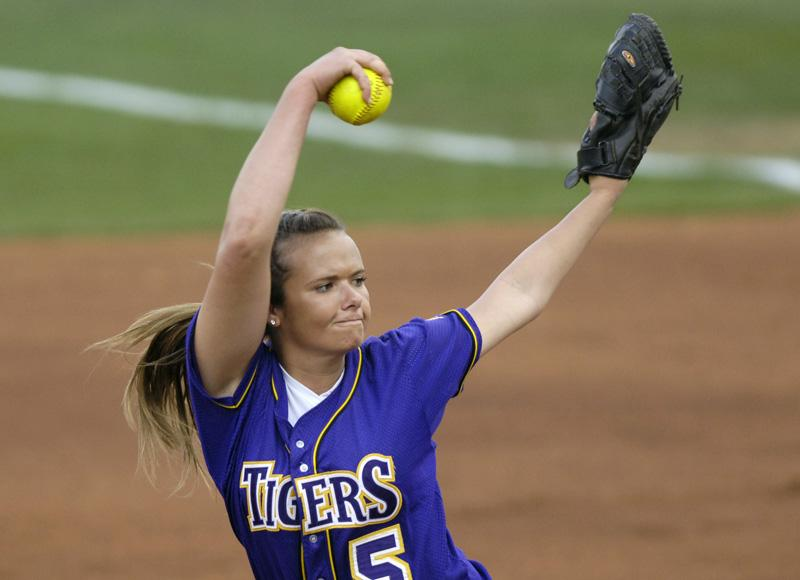 LEXINGTON, Ky. — The 12th-ranked LSU softball team will conclude an eight-game Southeastern Conference road trip with a doubleheader at Kentucky on Wednesday beginning at 3 p.m. CDT at the UK Softball Complex.

Both games will be broadcast on the LSU Sports Radio Network in Baton Rouge on WNXX – The X – 104.5/104.9 FM. The radio broadcasts and live statistics can also be found in the Geaux Zone on LSUsports.net. In addition, live stats will be available on LSUsports.net for both games.

The Tigers (29-10, 8-6 SEC) have lost six-straight league games, all on the road, to two of the top three-ranked teams in the nation, but remain in second in the SEC Western Division and tied for third overall. Kentucky (15-22, 3-11 SEC) won its first conference series of the season last weekend in taking 2-of-3 from Ole Miss. The wins snapped an 11-game losing streak for the Wildcats, which only other league win was over nationally ranked Tennessee in their conference opener.

“Once again, we are on the road for the third-straight series,” said LSU softball head coach Yvette Girouard. “Hopefully the weather holds up and we can get the games in. We need to play Tiger softball and then we can look forward to a weekend at Tiger Park.”

Senior Quinlan Duhon led LSU at the plate last weekend, hitting over .500 against Alabama, with a home run, three RBIs and three runs scored. The left fielder now leads the Tigers with a .342 average in conference play. Senior Shannon Stein continues to lead the Tigers at the plate for the season. The second baseman is hitting .356 with seven doubles, one home run, 14 RBIs and 21 runs scored. Sophomore Rachel Mitchell is hitting .322 and has posted a team-high 10 doubles and leads the team with 26 runs scored.

Molly Johnson leads Kentucky in almost every offensive category. Johnson boasts a team-high .414 batting average with 14 doubles, two triples, five home runs and 28 RBIs. In addition, she is 14-for-16 for stolen bases this year, also a team best. Natalie Smith is hitting .385 with seven doubles and 18 RBIs, while Meagan Aull has stolen 11-of-12 bases.

As a team, the Tigers are hitting at a .276 clip for the season. LSU has also hit 47 doubles with five triples and 33 home runs. In 39 games, the Tigers are averaging almost five runs per game with 190 runs scored this season. In the field, LSU boasts a fielding percentage of .974, having committed less than 30 errors in over 1,000 attempts.

Kentucky is hitting .269 as a team for the season. The Wildcats have hit 48 doubles, but only posted 16 home runs. In 27 games, Kentucky has recorded 152 runs, averaging just over four runs per game. The Wildcats are also 51-for-58 in stolen bases, but only two Kentucky players have over 10 steal.

LSU is 25-1 all-time against Kentucky, in the best winning percentage for the Tigers against an SEC opponent. The only loss LSU has had against the Wildcats came in 2005 at Tiger Park, 5-1, before rebounding for an 18-0 win in five innings in their next meeting. The Tigers have never lost a series in 11 seasons. LSU is 14-1 all-time against Kentucky in Baton Rouge and a perfect 11-0 in Lexington.

This weekend, the Tigers return home to host Ole Miss in a three-game SEC series. LSU will face the Rebels on Saturday in a doubleheader beginning at 1 p.m. The series will conclude with a single game on Sunday at 1 p.m. The weekend will mark the “Salute to Jazz” with the first 250 fans receiving FREE sunglasses and fans will have the chance to win two tickets to the New Orleans Jazz and Heritage Festival.