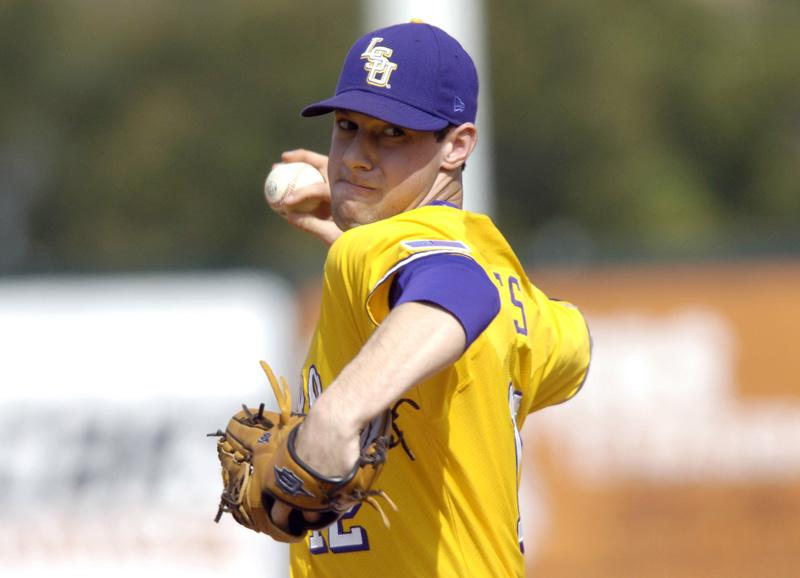 BATON ROUGE — Pitcher Austin Ross of LSU and outfielder Jon Prevost of Louisiana-Monroe were named Tuesday as the Louisiana Sportswriters Association Baseball Players of the Week.

Ross, a freshman right-hander from Shreveport, La., was named Pitcher of the Week as he earned his first career win last Tuesday at Southern. Ross entered the game in the second inning and fired seven shutout frames in relief.

In his longest career outing, Ross limited the Jaguars to four hits and registered one walk with a personal-best eight strikeouts.

Prevost, a junior from Quebec, Canada, was named Hitter of the Week as he batted .500 (9-for-18) with four RBI, three doubles, two home runs, one stolen base, four runs scored and a 1.000 slugging percentage.

Prevost had multiple hits in all four of the Warhawks’ games over the week, helping ULM stay atop the Sun Belt Conference standings. He has hit safely in five straight games and nine of the last 10, and he has reached base safely in all 28 games played this season.