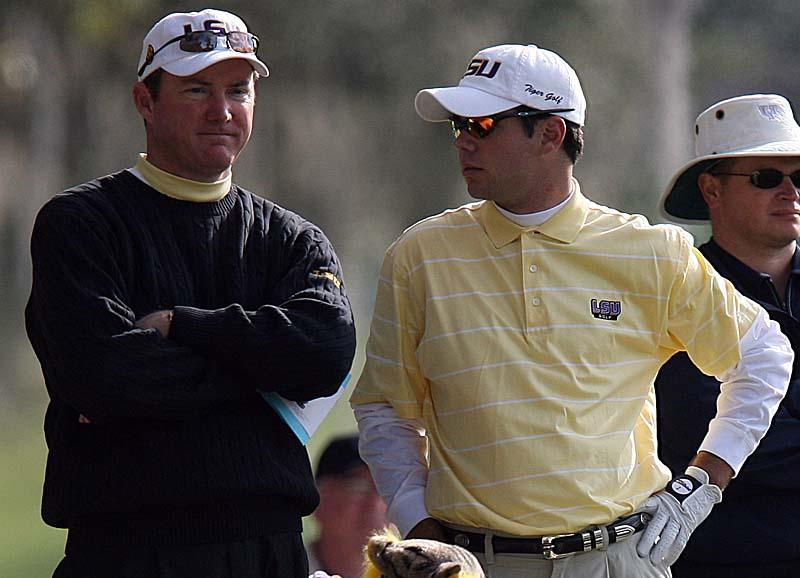 BATON ROUGE — The LSU men’s golf team will have one final opportunity to compete before the SEC Championships later this month as it travels to Jackson, Miss., to tee it up in the inaugural Bank of America Intercollegiate beginning Monday at Reunion Golf and Country Club.

The tournament is scheduled for 54 holes with 36 holes being played Monday followed by a final round on Tuesday. The course will play to a par 72 and 7,305 yards for the championship.

Monday’s action is set to get underway with a shotgun start at 8:30 a.m. CDT as the Tigers tee it up alongside Memphis, South Alabama and Southern Mississippi on the first day of competition.

The Tigers are preparing for their annual trip to St. Simons Island, Ga., where the SEC Men’s Golf Championships will return for the eighth straight season. While the tournament has been held at the Seaside Course at Sea Island Golf Club for the past seven years, nearby Frederica Golf Club will play host to this year’s event from April 18-20.

“Reunion Country Club is a good course for us to play leading up to the conference tournament,” said LSU head coach Chuck Winstead. “It’s a very long golf course at about 7,300 yards, which is similar to what we will see two weeks from now. It will be good preparation for our guys.”

The Tigers will tee off with a familiar lineup as junior Jarrod Barsamian, sophomore Bryant Lach and freshmen Andrew Loupe, John Peterson and Clayton Rotz have cracked the starting five.

Lach, who is making his six tournament appearance of the season, is coming off of his best career finish at the Hootie at Bulls Bay Intercollegiate in Awendaw, S.C., two weeks ago when he led LSU with his first ever Top 20 finish. Lach finished the tournament in a tie for 19th place with the lowest 54-hole tournament score of his career at 1-over 214 at the par-71 Bulls Bay Golf Club.

Live scoring of the inaugural Bank of America Intercollegiate will be provided by Golfstat and can be found online by logging on to the organization’s official website at www.golfstat.com. Complete results and daily recaps of the tournament will also be posted at www.LSUsports.net at the conclusion of each day of competition.