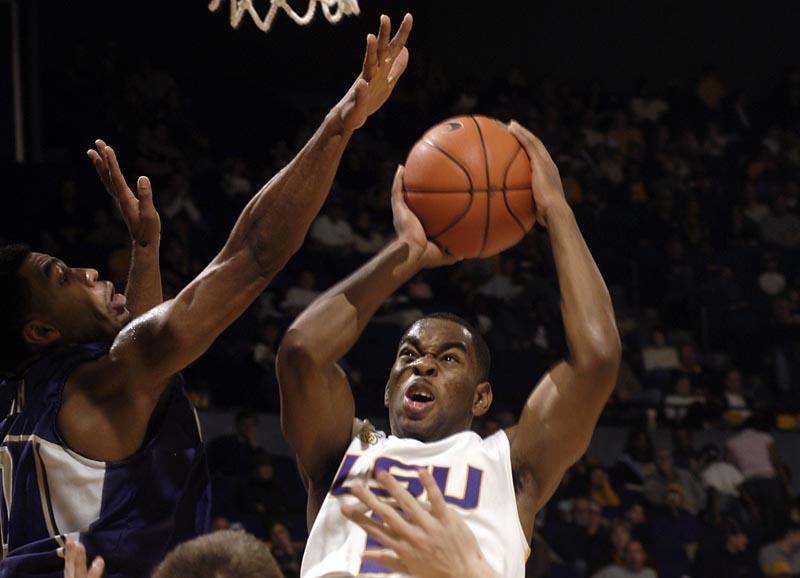 Thornton, a junior college transfer was named the Newcomer of the Year, while Randolph was named the Freshman of the Year. UNO’s Bo McCalebb was the Player of the year and Chad McDowell, who took LSU-Shreveport to the NAIA national tournament, was named the Coach of the Year as the Pilots finished 31-3.

Randolph averaged 15.6 points per game and 8.5 rebounds, while blocking 70 shots. He was third overall in rebounds and blocks in league stats and led league freshman in rebounding and blocks.

The first team as selected by a panel of media and sports information personnel was McCalebb, Tulane’s David Gomez, LSU-Shreveport’s Josh Porter, Randolph and Thornton.

LSU’s Chris Johnson, one of the most improved players in the state as despite missing almost four weeks with a broken bone in his hand, averaged 11.6 points per game, 6.6 rebounds and had 66 blocks in 25 games, was chosen a member of the state’s third team.