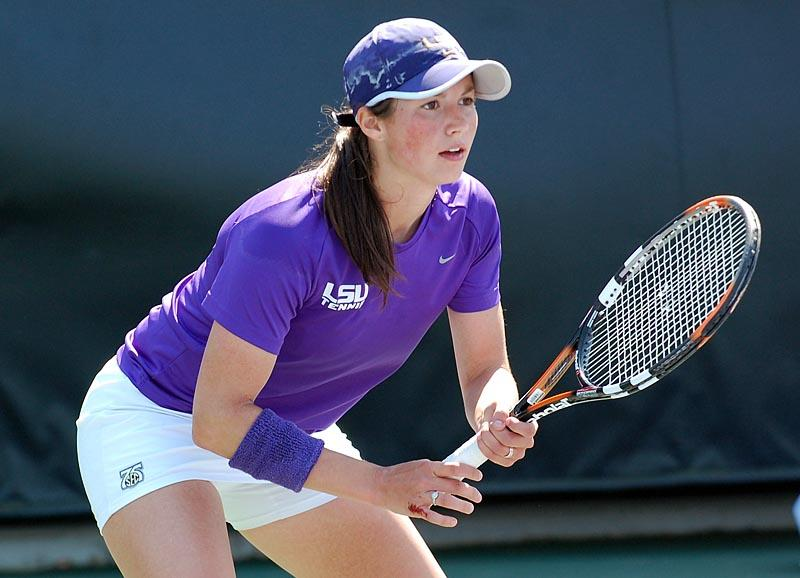 BATON ROUGE — Because of travel problems experienced by Ole Miss, LSU’s women’s tennis match against the Lady Rebels has been pushed back to 1 p.m. Sunday at W.T. “Dub” Robinson Tennis Stadium.

The match was originally scheduled for a noon start time.

“This is going to be a very tough match,” LSU head coach Tony Minnis said. “We played pretty well against Mississippi State. Ole Miss is coming in red hot. In their last two matches they have beaten two top-25 teams. The conference this year is as tough as I’ve ever seen it. I expect a very tough match, and hopefully we will come out ready to play.”

Once again the marketing department will be on hand. The first 100 fans who enter the “Dub” will receive LSU rally towels to cheer the Lady Tigers on to victory. Tiger Trivia will also occur before the match with the chance for a lucky fan to win a prize pack featuring Crocs. Between doubles and singles play, there will also be an on-court promotion in which a fan will win an LSU prize pack including Crocs.

The win marked the second straight victory over a top-25 team for the Lady Rebels. On March 30, Ole Miss knocked off No. 23 Kentucky, 5-2.

In dual play, No. 99 Karen Nijssen leads Ole Miss in dual wins with an 11-6 record, including a 4-3 record in conference action.

In doubles, Ole Miss features one ranked pair. Nijssen and Nika Koukhartchouk are listed at No. 32 in the latest Intercollegiate Tennis Association rankings. The duo is 12-7 on the season and 7-2 in the conference, playing at the No. 1 position.

Falcon and Mykala Hedberg form the nation’s No. 29 doubles team, and the Lady Tiger tandem is 9-4 on the season at the No. 1 position and 4-4 against conference foes. On the season, the duo is 3-2 against ranked competition.

In the series history, LSU trails Ole Miss 20-13, but last season the Lady Tigers swept Ole Miss, 7-0 in the regular season at the “Dub,” and 4-0 in the first round of the SEC tournament.