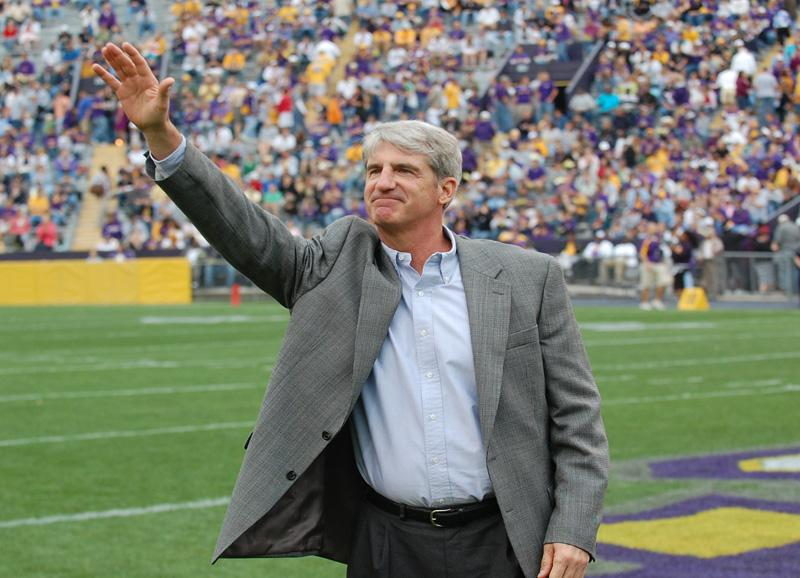 Lombardi is expected to submit Alleva’s hiring to the LSU Board of Supervisors for approval at the board’s April 24-25 meeting in Baton Rouge.

“Joe Alleva brings a wealth of experience and accomplishment to LSU,” said Lombardi. “I’m confident we’ve found a new leader for LSU athletics who exemplifies the vision and integrity needed to lead our sports programs to new heights, a champion of student athletes who believes in the highest standards of competition both on the field and in the classroom.”

Acting LSU Chancellor William Jenkins said “I have high hopes that Mr. Alleva will bring to LSU his lifelong dedication to excellence on the field and in the classroom. LSU shares his devotion to developing players both as students and well-rounded human beings.”

Alleva, 54, has worked at Duke since 1976 and as athletics director since 1998, overseeing more than 190 staff members, a $50 million budget and 26 sports. His tenure as AD has won praise for propelling the university into the ranks of America’s top all-around collegiate programs, including graduation rates that consistently ranked among the best in the United States. In fundraising, Alleva brought in more than $173 million in gifts and funded more than $85 million in new facilities or renovations.

“I am excited to be a member of the LSU family,” said Alleva. “It’s very exciting to be joining one of the premier athletic departments in the country.

“I believe that for an athletics program to be successful, it must promote winning in three ways, ” he added. “That means winning championships on the field, winning in the classroom and winning as citizens in the community.”

Alleva will be responsible for the administration and direction of the LSU athletic program, which has a current annual budget of approximately $70 million, includes 20 teams and more than 400 student-athletes.

Alleva is a native of Suffern, N.Y., and joined the Duke athletics staff in 1980, becoming assistant director of athletics in July 1986 and associate director of athletics in 1987. In college, he played football and baseball at Lehigh University where he received his bachelor’s degree in finance and economics in 1975 and an MBA in 1976. He went to work for Duke in 1976 in the university’s business and finance department.

Alleva and his wife, Annie, have three children: two sons, J.D. and Jeff, and a daughter, Jenny.