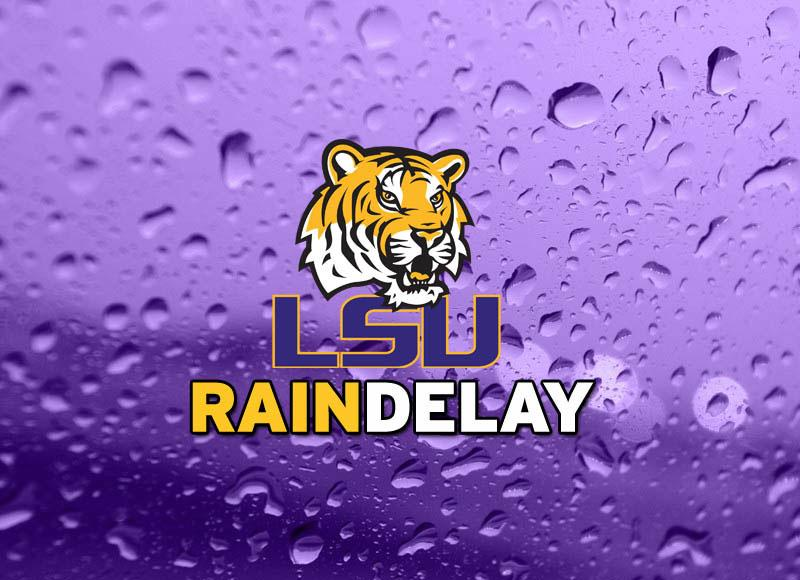 BATON ROUGE — After winning three singles matches to go up 3-0, the LSU women’s tennis team’s match against Mississippi State was suspended because of heavy rain at W.T. “Dub” Robinson Tennis Stadium on Friday.

The match will resume Wednesday, April 9, at 10 a.m. at the “Dub,” and play will pick up where it left off when the match was suspended.

“I was really pleased with how we started,” LSU head coach Tony Minnis said. “We put ourselves in a nice position. It’s unfortunate that we were rained out, but it’s something we have to deal with. We have to get ready for a very hot Ole Miss team on Sunday, and we will look forward to getting back against Mississippi State on Wednesday.”

Because rain was expected at the start of the match, both teams agreed to begin with singles.

Hannah Robinson continued her outstanding play and pushed her winning streak to five straight matches as she defeated Radka Ferancova, 6-1, 6-2 on court three. Falcon and Robinson both increased their team-leading win total to 23 and their dual wins to 15.

After LSU went up 2-0 there was a two and a half hour rain delay while the courts dried. When the match resumed at 8 p.m., LSU’s Mykala Hedberg was up 6-2, 5-3 and receiving at match point against No. 112 Renee Joseph. After a five minute warm-up, Hedberg ripped a two-handed backhand down the line to pull off her first ranked win of the season, 6-2, 6-3.

Soon after Hedberg put LSU up 3-0, the rain returned, and the match was officially suspended.

Mississippi State (7-9, 0-8 SEC) led on courts four and five when play was stopped. LSU’s Staten Spencer was up a set on court six.

LSU will return to the courts Sunday at 1 p.m. against Ole Miss (6-13, 2-7 SEC) who has won two straight conference matches against top-25 teams.