No. 10 Softball Set for Showdown at No. 2 Alabama 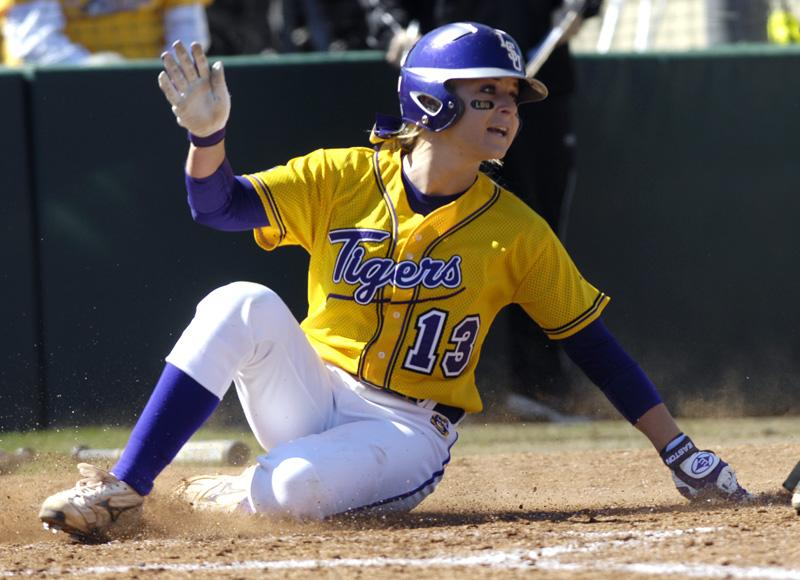 TUSCALOOSA, Ala. — The 10th-ranked LSU softball team looks to return to its winning ways as the Tigers take to the road for the second-straight weekend to face a top five-ranked team, this weekend battling No. 2 Alabama in a three-game series at the Alabama Softball Complex beginning with a doubleheader at 1 p.m. and concluding with a single game at 1:30 p.m. on Sunday.

LSU and Alabama have historically been two of the most dominant teams in the SEC since the league’s beginning. The Tigers (29-7, 8-3 SEC) are currently two and a half games behind the Crimson Tide (32-3, 12-2 SEC) in the conference standings, but are only one game behind in the loss column.

“We are sure this will be an unbelievably exciting two days in Alabama,” said LSU head coach Yvette Girouard. “We are expecting a sold out crowd with an unbelievable softball atmosphere. Hopefully we can play there as well as we have played in the past.”

In the 11-year history of the SEC, the Western Division championship has been garnered by only LSU or Alabama, with only two occasions when the Tigers and Crimson Tide did not finish 1-2 in the divisional standings. In addition, LSU has won the overall SEC Championship on five occasions with Alabama winning once. The pair have also combined for eight of the 11 SEC Tournament titles, with the Tigers claiming five and Alabama winning three.

Having played the Crimson Tide more than any opponent in school history, the pair also have the most played rivalry in SEC history. The Tigers hold the 29-20 all-time series advantage against Alabama, including an 11-7 record in Tuscaloosa. LSU took 2-of-3 from the then No. 2-ranked Crimson Tide in Baton Rouge last year before knocking Alabama out of the SEC Tournament in the second round, while two years ago, the Tigers also took 2-of-3, but in Tuscaloosa.

LSU is coming off its first conference losing sweep since 2005 as the Tigers dropped all three at No. 3 Florida last weekend. The losses snapped a 17-game winning streak for LSU, which has still won 20 of its last 24 games. The Crimson Tide have won 11 straight, including conference sweeps of Mississippi State, Kentucky and Ole Miss. Alabama’s only losses came to No. 3 Florida and No. 12 Tennessee in league play at home, and on the road at No. 24 Washington.

Senior Dee Dee Henderson leads the team with a .303 average in conference play. For the season, she is hitting .306 with 22 runs scored and a team-high 26 stolen bases, fourth most in the SEC this season. Sophomore Rachel Mitchell is second in hitting in both conference play and overall. The outfielder is hitting at a .294 clip in league play and .315 overall and leads the team with 26 runs scored.

Brittany Rogers leads Alabama with a .482 batting average, the third best in the nation this season, followed by Kelley Montalvo at .413 and Charlotte Morgan at .408. Morgan leads the Crimson Tide with eight home runs, while seven players have at least four home runs. Morgan also leads Alabama with an SEC-leading 42 RBIs and 11 doubles.

As a team, the Tigers boast a .282 batting average, with four starters boasting averages over .300. LSU has also hit 45 doubles with four triples and 29 home runs. In 36 games, the Tigers are averaging five runs per game with 181 runs scored this season. In the field, LSU boasts a fielding percentage of .974, having committed only 25 errors in over 900 attempts.

The Crimson Tide are hitting at a .347 clip for the season, the second best team average in the country, with seven players hitting over.300 on the year. Alabama has scored 259 runs in 35 games, averaging almost eight runs a game, while posting 70 doubles, three triples and 40 home runs. In the field, the Crimson Tide have a .975 fielding percentage with 22 errors in just under 900 attempts.

LSU has already stolen 78 bases this season while only being caught seven times for a 92 percent success rate. Ranked third in the SEC as a team, the Tigers have recorded more steals this year than the 1997, 2002 and 2003 squads did in an entire season. Henderson leads the team with 26 steals, while Jazz Jackson has stolen 15-of-15 and Mitchell is 10-for-10. Eleven Tigers have recorded at least one stolen base this season.

Alabama leads the SEC and the NCAA with 102 stolen bases this season. The Crimson Tide have been thrown out 13 times in 115 attempts. Rogers leads the nation individually with 37 stolen bases, having been thrown out only four times. In addition, Jordan Praytor has recorded 17 steals, Montalvo has 13 and Lauren Parker has 12.

Dani Hofer leads LSU and ranks seventh in the SEC with a 1.35 earned run average this season. With a 16-4 record, she has the third most wins by a pitcher this season. The junior has recorded 183 strikeouts, second most in the conference, in 23 appearances to average 11 strikeouts per seven innings.

Freshman Kelsi Dunne leads Alabama with a 14-3 record and a 1.27 earned run average. Throwing 104.2 of the Crimson Tide’s 224 innings, Dunne has recorded seven complete-game shutouts and struck out 142, while allowing only 19 earned runs. Chrissy Owens is a perfect 10-0 on the year with a 1.94 earned run average, while Charlotte Morgan is also perfect at 7-0 with a 1.29 earned run average.

The Tigers rank sixth in the SEC with a 1.78 earned run average. LSU has allowed only 172 hits in 248.0 innings on the season with opponents batting only .195 against them. The Tigers have held nine opponents scoreless and struck out 315, the second most in the SEC.

As a team, Alabama boasts a 1.62 earned run average with 14 shutouts in 35 games. The Crimson Tide have two pitchers who have started 29 of their 35 games, Dunne and Owens, while both Morgan and Allison Moore have been used mainly in relief, making 15 appearances with only six starts. Alabama has posted 259 strikeouts while opponents are hitting only .179 against them.