Soccer Adds OVC Player of the Year to '08 Roster 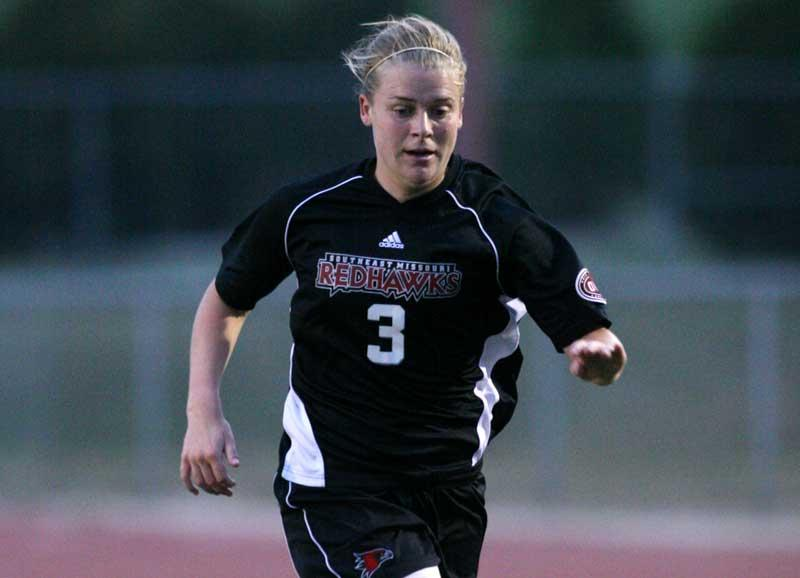 BATON ROUGE — The LSU soccer team continues to strengthen its roster for the 2008 season as head coach Brian Lee announced the signing of standout transfer Courtney Alexander to a National Letter of Intent on Friday morning.

Alexander comes to LSU following a brilliant two-year career at Southeast Missouri State of the Ohio Valley Conference where she was named the OVC Offensive Player of the Year in 2007.

With the addition of Alexander, the Tigers will welcome five newcomers to the program in the fall as she joins the likes of incoming freshmen Mo Isom of Marietta, Ga., Hannah Jobe of Baton Rouge, Kellie Murphy of Lafayette, La., and Brittany Potts of Aurora, Ill.

“We’re certainly pleased that Courtney has decided to join our program after a brilliant career at SEMO,” Lee said. “While we’re excited about the potential of our incoming freshmen, it’s a little different bringing in a player who has already proven herself at this level. We’re confident that she can come in and make an immediate impact on our program.”

Alexander was the driving force behind the Redhawks’ run to the NCAA Tournament in 2007 as she also led the squad to OVC regular season and tournament titles this past fall.

She was named the OVC Offensive Player of the Year and a First-Team All-OVC selection after scoring nine goals and six assists for 24 points during her sophomore season. Alexander was also a Second-Team All-Central Region selection by Soccer Buzz Magazine for her performance.

A prolific scorer from the start, Alexander burst onto the scene as a freshman when she was SEMO’s leading scorer with nine goals, three assists and 21 points en route to being named to the OVC All-Newcomer Team in 2006. She wrapped up her career in the OVC with 18 goals, nine assists and 45 points in two outstanding seasons.

In addition to her on-field accomplishments, Alexander is a standout in the classroom as she was named a CoSIDA/ESPN First-Team Academic All-District performer for District VII a year ago.

She is also an OVC Medal of Honor recipient for having the highest grade-point average of all soccer players in the Ohio Valley Conference, while she has been named a Southeast Missouri State Scholar-Athlete and a member of the OVC Commissioner’s Honor Roll.

“Courtney has proven to be an outstanding student-athlete in every sense of the word,” Lee said. “We take a lot of pride in the academic performance of our student-athletes in this program, and we believe she will fit right in to what we’re trying to accomplish here at LSU. She has the ability to take on whatever role is needed, whether it’s on or off the field.”

Alexander and the rest of LSU’s incoming class will hit the field for the first time when the Tigers open up the 2008 season at home against South Alabama on Aug. 22.