Baseball Meets Alabama in 'Big Series' at the Box 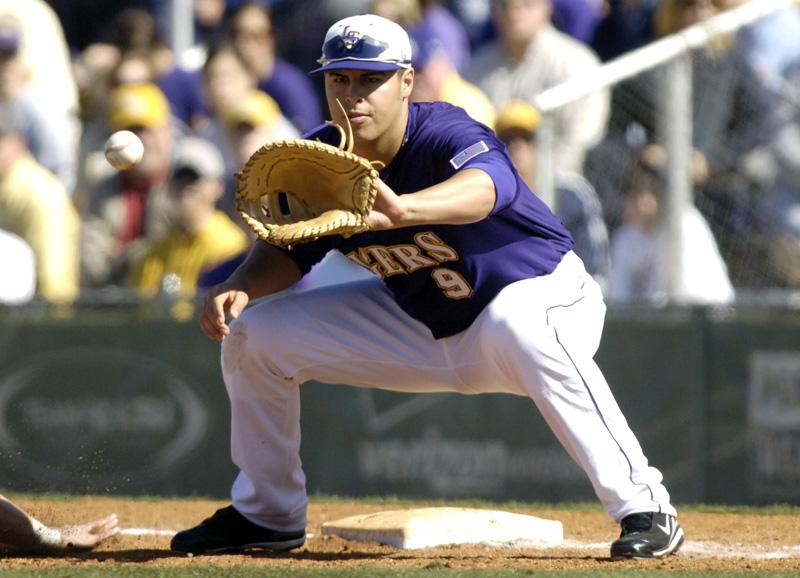 Live video and audio of the games may also be accessed in the Geaux Zone at www.LSUsports.net.

Sunday’s game will be televised by Cox Sports Televison, and it can be seen in Baton Rouge on Cox Cable Ch. 37.

LSU has won three straight games, including a pair of midweek wins over Southern and Centenary. The Tigers blanked the Gents, 6-0, on Wednesday night, marking the first shutout recorded by LSU since a 12-0 win over Northwestern State on April 11, 2006.

LSU is 3-6 in conference play after dropping two of three games at Florida last weekend. The Tigers are just one game out of first place in the SEC Western Division. Alabama, Auburn and Ole Miss are tied for first in the West with a 4-5 league mark.

“This is obviously a big series for us; it’s a home series and an opportunity to get ourselves back in the hunt,” said LSU coach Paul Mainieri. “Fortunately for us, the Western Division is very balanced, and we’re only one game out of first place.

“We’re feeling pretty good about ourselves right now. We’re extremely excited about this weekend’s series, and we’re looking forward to some great baseball at Alex Box Stadium. I have a sense that we’re ready to advance to the next level.”

Mainieri said junior left-hander Blake Martin (1-1, 3.90 ERA) will start Friday’s game on the mound for LSU. Martin had a strong outing last Friday at Florida, limiting the Gators to two runs on four hits in six innings with no walks and five strikeouts.

Mainieri said he would announce the Tigers’ Saturday and Sunday starting pitchers as the series progresses.

LSU junior first baseman Matt Clark leads the Tigers with a .378 (37-for-98) average, 13 homers and 28 RBI. Junior Derek Helenihi, who is starting at third base while Michael Hollander recovers from a hamstring injury, is hitting .359 (28-for-78) with six doubles, three triples, 13 RBI and 15 runs.

Junior catcher Alex Avila has team-highs of eight homers and 27 RBI for the Crimson Tide.

LSU has won six of the eight SEC regular-season series with Alabama this decade, including a 2-1 series victory last year in Tuscaloosa. The Tigers have a 20-8 overall mark against Alabama over the past eight seasons (2000-07).

RANKINGS
Neither team is ranked

FRIDAY
Alex Box Stadium Countdown: Doug Thompson (Thompson will be available for autographs from 6 p.m. to 7 p.m. and after the 5th inning behind the Tiger Terrace.)
Final Season Prize Bonanza: Enter to win great raffle prizes with the purchase of a hot dog/big gulp combo at any concession stand. Friday’s Prize: $250 Gift Certificate from Harley Davidson

SATURDAY
Fans attending Saturday’s baseball will receive a free ticket to the LSU Spring Football Game
Alex Box Stadium Countdown: Patrick Coogan (Coogan will be available for autographs from 11 a.m. to 12 p.m. and after the 5th inning behind the Tiger Terrace.)
Final Season Prize Bonanza: Enter to win great raffle prizes with the purchase of a hot dog/big gulp combo at any concession stand. Saturday’s Prize: $150 Gift Certificate from Subway

SUNDAY
Alex Box Stadium Countdown: Ben McDonald (McDonald will be available for autographs from 12 p.m. to 1 p.m. and after the 5th inning behind the Tiger Terrace.)
Kids Run the Bases: Kids ages 12 and under can run the bases at the conclusion of the game. Meet at the right field bullpen gate at the end of the game.
Final Season Prize Bonanza: Enter to win great raffle prizes with the purchase of a hot dog/big gulp combo at any concession stand. Sunday’s Prize: Authentic LSU baseball jersey from Russell Athletic
Raising Cane’s “Cane’s Challenge”: If LSU scores three or more runs, bring your game ticket to a Raising Cane’s to receive a free Box Combo with the purchase of a Box Combo.