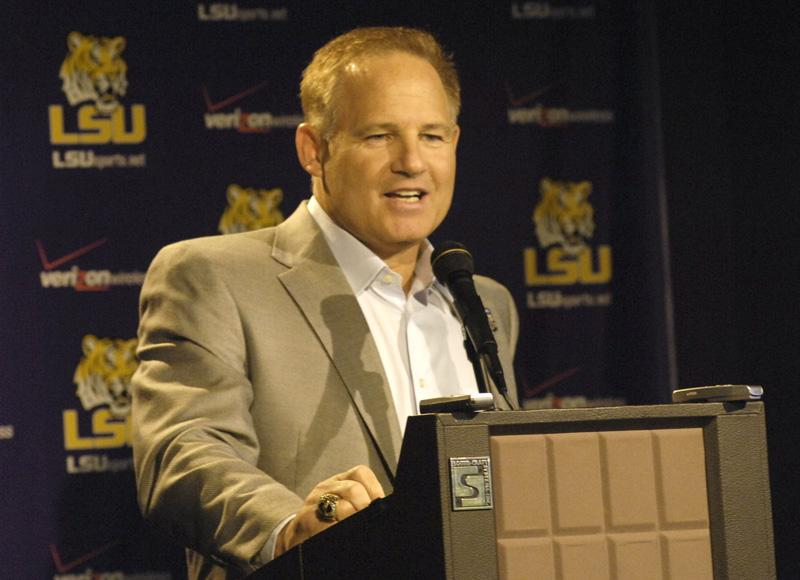 BATON ROUGE — The teams have been divided and the format has been set for LSU’s annual spring game, which will take place on Saturday at 5 p.m. in Tiger Stadium.

Saturday’s spring game will be played as a regulation contest for the first half, LSU coach Les Miles said. Miles said the clock could go to running time in the second half depending on how many plays had been run. The contest is expected to last two hours.

In addition, Miles said that he would rotate quarterbacks Andrew Hatch and Jarrett Lee with both the purple and white squads. Hatch, Lee and the remaining quarterbacks, along with all punters and placekickers, will wear green jerseys for the game. The contest will also feature kickoffs, punts, field goals and point-after-touchdowns.

“We divided the teams for the spring game and it will mostly be the first-team guys against second-team guys,” Miles said. “We put some key ones in with the twos, guys that will help give the second team a chance to score and defend. We also did that to see certain guys in specific match ups. The white team will be mostly first-team guys with the second-team guys being the purple team. We may have to handicap the score by starting the purple team with some points but we are going to see how it goes.”

“It will be a game-like situation for our players on Saturday. The opportunity to win and compete in front of a large crowd is there. I want to encourage everybody to be there because certainly your team is looking forward to seeing a big crowd and playing in front of the people they care for.”