by LSUsports.net (@LSUsports)
Listen Live in the Geaux Zone Get Your Tickets Now +0 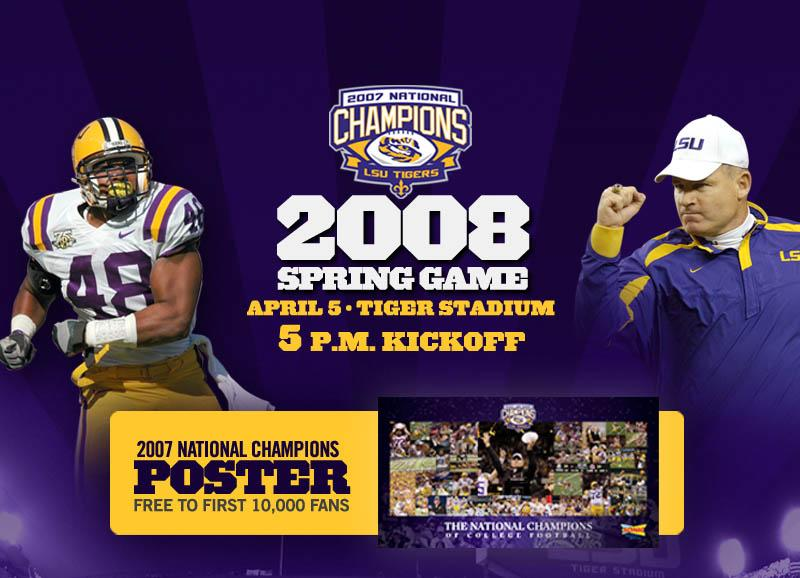 BATON ROUGE — LSU’s annual spring football game will take place on Saturday at 5 p.m. in Tiger Stadium and tickets for the event are still available on LSUsports.net.

LSU continues to offer a variety of ways for fans to gain free admission to the spring game. Fans have the option of printing a redeemable coupon off the Internet at www.LSUsports.net courtesy of the Baton Rouge Advocate. The coupon has to be redeemed at the LSU ticket office by Friday in order to be free.

Free admission can also be obtained by presenting a baseball ticket from the LSU-Alabama contest, which will be held at noon on Saturday at Alex Box Stadium.

LSU students will be admitted free of charge by having their ID card scanned at the gate.

All tickets to the spring game will be general admission with the seating starting on the east and west sidelines.

Those LSU fans who can’t make the spring game can listen to the action on the LSU Sports Radio Network. The game will be broadcast in the Baton Rouge area on 100.7 FM and on XM Satellite Radio on channel 199. Jim Hawthorne and Doug Moreau will handle the call. The pre-game show starts at 4:30 p.m.