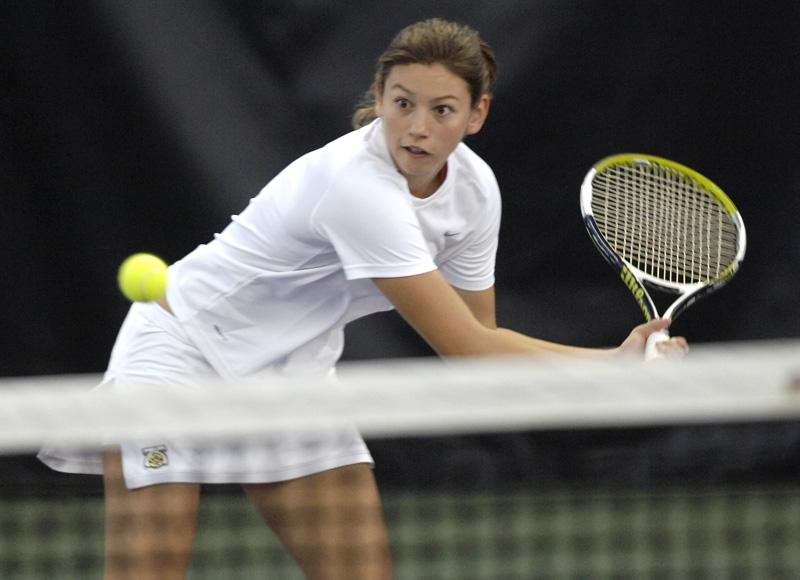 The LSU marketing and promotions department will be at the “Dub” for the match. The first 100 fans to enter the stadium will receive a drawstring backpack. There will also be Tiger Trivia, in which one lucky fan will win a prize pack, including a pair of Crocs. In between singles and doubles, there will be an on-court promotion with a chance to win an LSU prize pack, including a pair of Crocs.

“Mississippi State has been playing really well,” LSU head coach Tony Minnis said. “They are going to be a tough team. Hopefully we can get back on track and get some momentum going.”

Mississippi State is led in singles by senior Ren?e Joseph, who is ranked No. 112 in the country. Joseph enters the match with an 18-14 overall record, including an 8-8 dual record playing at the No. 2 spot.

Elna de Villiers leads the Bulldogs in dual wins with a 10-5 record playing primarily at the No. 4 position and is second on the team with an overall record of 16-11.

In doubles, Joseph and partner Radka Ferancova hold an 11-6 overall record and a 9-4 mark in dual action at the No. 2 position.

Robinson also has a four-match win streak, including a win over then-No. 117 Megan Alexander in straight sets, 7-5, 6-0.

Falcon and Mykala Hedberg jumped into the doubles rankings this week at No. 29. The Lady Tiger tandem holds a 9-4 record at the No. 1 position, including a 3-2 record against ranked opponents.

LSU leads the overall series against Mississippi State, 22-8 after last season’s 7-0 win in Baton Rouge. The Lady Tigers have won the last two meetings against the Bulldogs, but the series has been competitive since 2000. During that span, LSU holds a 6-4 advantage.