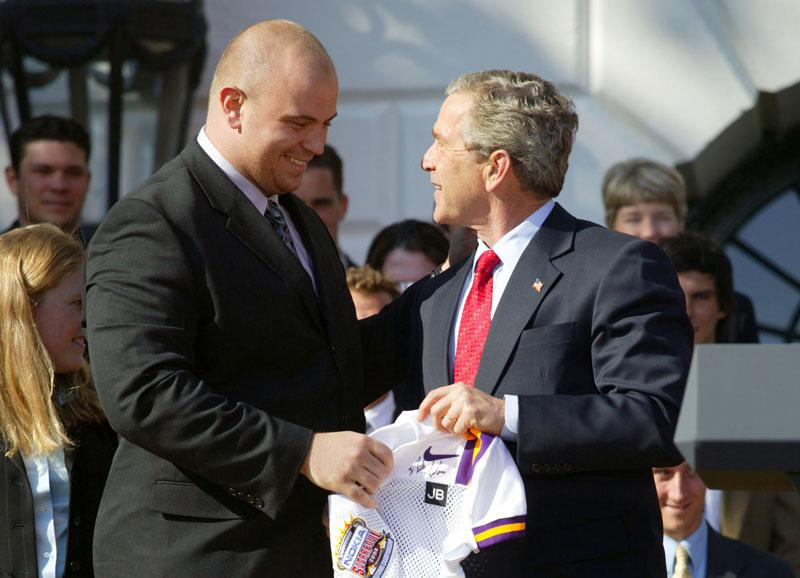 The Tigers were formally invited to the White House shortly after LSU beat Ohio State in the BCS National Championship game back in January.

Monday’s schedule has LSU coach Les Miles and the rest of the Tiger football team meeting with President Bush at 2:05 p.m. on the South Lawn at the White House. President Bush is expected to make remarks about LSU’s 2007 national title team along with taking a picture with the Tigers.

LSU’s trip to Washington D.C. will actually by a two-day affair as the Tigers will depart Baton Rouge on Monday morning, and in addition to the ceremony with the President, the team will tour the National Mall area that day.

On Tuesday, the team will tour the Pentagon, meet with the Louisiana Delegation at the United States Capitol and then witness the changing of the guard at the Tomb of the Unknown Soldier at Arlington National Cemetery before returning home to Baton Rouge.