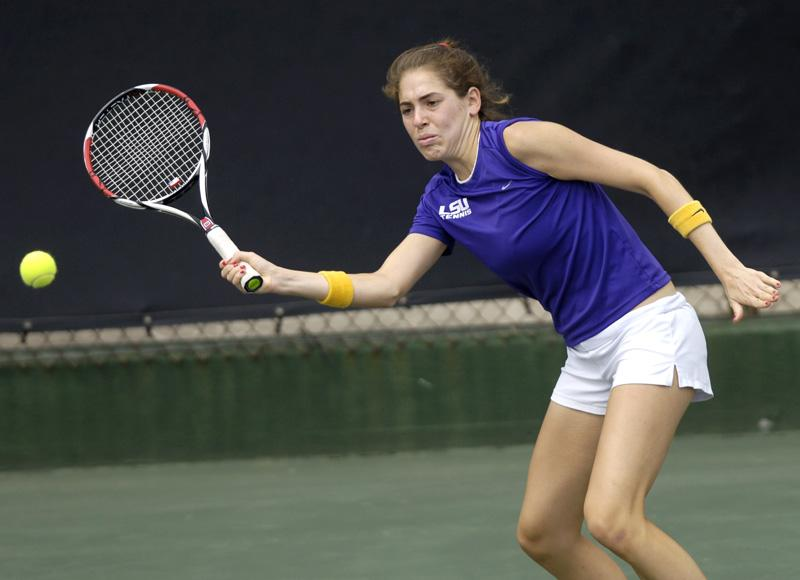 LSU (10-8, 3-5 SEC) enters the match against the Panthers after a busy week in which the Lady Tigers went 2-2 with wins over Colorado and Southern.

“We’ve been through a really tough stretch, but I am very confident that this team can accomplish some good things,” LSU head coach Tony Minnis said. “I’m hoping that in the next few matches we are getting all our players back and healthy again. If we can do that I feel very confident that we are an outstanding team, but we have to go out and prove it.”

On the season LSU is led by 19th-ranked Megan Falcon and Hannah Robinson, who have 22-5 and 22-7 records respectively.

Falcon is 10-5 against ranked opponents and is 14-3 in dual play. Robinson is riding a four-match win streak, including the first ranked win of her career over No. 117 Megan Alexander, 7-5, 6-0. Robinson is 14-4 in dual matches.

In doubles, Megan Falcon and Mykala Hedberg have continued to lead the team as they upped their record to 9-4 last week, including a 3-2 record against ranked opponents.

The Panthers are led in wins by Antoinette Majors who has a 3-6 record.

The series history is short between the two programs. LSU leads 2-0 as the teams have played each other the last two seasons with LSU winning, 6-1 in 2006 and 7-0 last season. Both matches were in Baton Rouge.