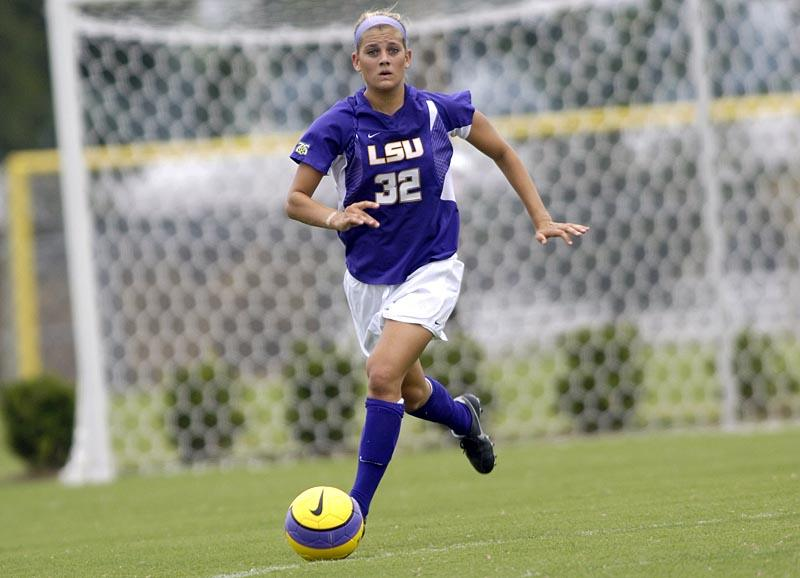 BATON ROUGE — The LSU soccer team returns to the pitch Wednesday for the first time in exactly one month when they make the short trip east down Interstate 12 to Mandeville to take on in-state rival Southeastern Louisiana at Pelican Park at 7 p.m.

The Tigers are looking for their first win of the spring exhibition season as they enter the match with a 0-1-2 record while competing against one of the nation’s toughest spring schedules.

The squad dropped a 1-0 decision to Texas A&M in College Station, Texas, in their last spring match on March 2. The Tigers opened the spring season with a bang by battling national powers North Carolina and Duke to a pair of 0-0 draws in Cary, N.C., on Feb. 16.

Wednesday’s match against Southeastern Louisiana marks a homecoming for two LSU standouts as seniors-to-be Casey Crawford and Roslyn Jones will have the opportunity to play in front of their hometown fans for the first time in their collegiate careers. Crawford played her high school soccer at St. Scholastica Academy, while Jones starred at nearby Fontainebleau High School.

The duo will serve as team captains in 2008 as both started all 24 matches this past fall to lead the Tigers to their first ever SEC Western Division title and trip to the NCAA Tournament in history.

“We’re excited about Casey and Roslyn having the chance to play in their hometown for the first time in front of family and friends,” said LSU head coach Brian Lee. “Mandeville is a hotbed for soccer talent in this state, and we couldn’t be more pleased with the impact those two have had on our program these last few years. They’ve earned the right to be our captains next season.

“The Mandeville soccer community as a whole has been very good to LSU. We’ve had many kids from that area come through our summer camps (www.tigersoccercamp.com) in the past few years, and we’re grateful for the opportunity to play a game in a great place like that.”

The Tigers follow their match against Southeastern Louisiana with a match against Northwestern State on April 9 at the LSU Soccer Complex. They will then wrap up the spring exhibition season with a trip to Houston, Texas, on April 12 to take on the Texas Longhorns.