Football Continues to Prep for Vols in Title Game 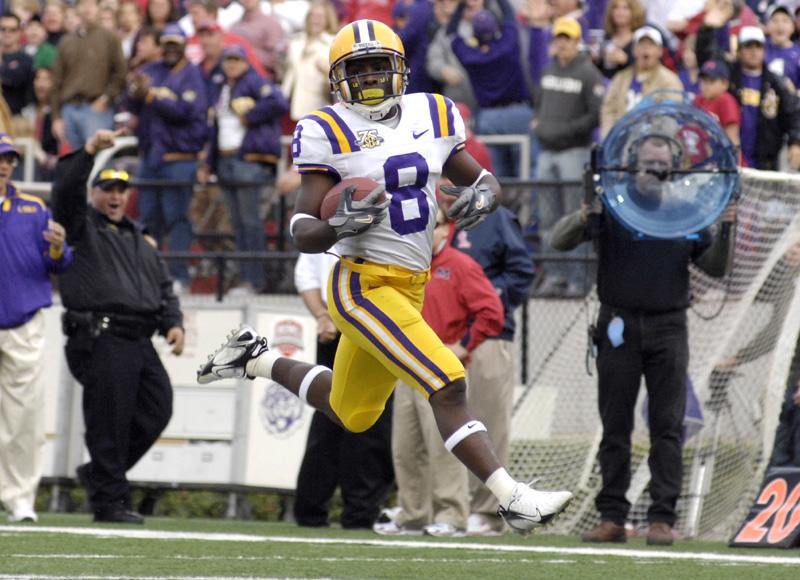 The Tigers will practice again on Thursday followed by a walk-through at the Georgia Dome on Friday afternoon. Kickoff between the Tigers and the Vols is set for 3 p.m. CT. The game will be televised nationally by CBS.

LSU brings a 10-2 overall mark into the game, while Tennessee is 9-3 overall. The Vols bring a five-game winning streak into Saturday’s contest. Last year, LSU posted a 28-24 win over Tennessee in Knoxville.

“I liked our effort and intensity,” LSU coach Les Miles said following the workout. “We have put together a good game plan and I like the direction we are heading. This team understands the challenges before them and they are ready for the opportunity to play for the SEC title”

Miles said that despite the disappointing loss to Arkansas last Friday, the Tigers have bounced back and are focused facing Tennessee.

“With each practice, the mood has improved,” Miles said. “I think that coming inside [the football operations facility] and practicing on turf that’s like that in the Georgia Dome helps. I think that being in here where there are banners hung…there’s some tradition in this building and I think they enjoy that.

“I think the players understand more with each day how much the challenge calls us all. They understand that they can distinguish themselves very significantly with a win in the next game.”

LSU has won a total of nine league titles since the formation of the SEC in 1933.

“The prize for this team is the opportunity to play for the conference title and the bowl that is assigned to the champion of this conference,” Miles said. “That’s the prize. It’s in full focus of this football team. It’s going to take every guy and a great performance, but we understand that prize.”

Miles said that return specialist/running back Trindon Holliday will return to action on Saturday after missing last week’s game against Arkansas with an injury. Holliday has practiced each day this week and should be a full speed come Saturday.

Miles also said that the Tigers will get back the services of defensive lineman Ricky Jean-Francois for the Tennessee game. Jean-Francois has not seen any action this year after dealing with an off-the-field issue.

“Ricky is going to play,” Miles said. “He’s going to get some snaps in the game. He’ll be able to help our depth on the defensive line.”

Jean-Francois’ return will also help a Tiger defense line that will face a Tennessee offensive line that has allowed only four sacks all season.