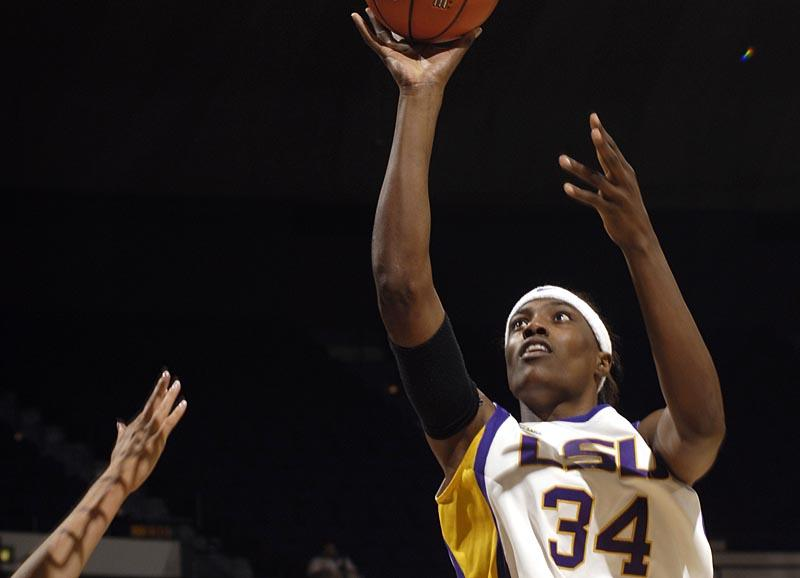 HOUSTON — LSU women’s basketball head coach Van Chancellor spent 10 years in Houston as the coach of WNBA’s Comets, now in his first season back in college as the Lady Tigers’ coach, he brings his eight-ranked team into town to face the Cougars on Thursday at 7 p.m. CST in Hofheinz Pavilion.

“I am excited about going to place that I called home for so long,” Chancellor said. “But, I do know that this is a strictly a business trip and we will need to take care of our business on Thursday night.”

“We have to put the Rutgers game behind us,” Chancellor added. “We have to make sure we don’t have a let down against this Houston team. They are really athletic and like to get up and down the floor and they play very well on their home floor. We will have to come ready to play.”

Houston (2-5) is coming off an 87-57 victory over McNeese State on Sunday. The Cougars are 1-1 at home this season with a win over Texas Southern and a heartbreaking one-point loss to Middle Tennessee State. Houston has not played at home since Nov. 19.

Sylvia Fowles leads LSU into the game. The 6-6 senior center has averaged 18.2 points and 9.8 rebounds this season and has posted a double double in each of the last four games.

Quianna Chaney, a senior guard for the Lady Tigers, has scored 16.7 points per game.

Tye Jackson, who missed the McNeese State game due to injury, leads Houston with 13.3 points and 4.2 rebounds per game, while Twiggy McIntyre has scored 12.4 points per contest.

For Chancellor, in his 20th season as a college coach, Thursday night marks his 600th game as a head coach at the collegiate level. He owns a 443-156 career record, including his 4-2 mark this season.

This will be the eighth meeting between the two programs. LSU holds a 4-3 series advantage, but has never won in Houston, going 0-3 against the Cougars on the road. The teams have not met since Nov. 28, 1998 when LSU won 88-44 in Baton Rouge.