GameDay Xtra: Behind the Scenes with Ticket Office 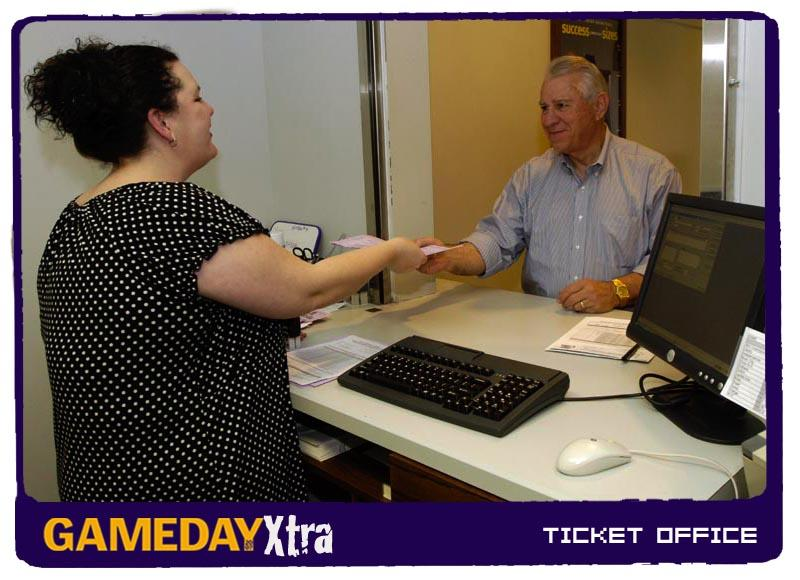 Athletes at LSU go through practice day in and day out long before playing their first opponent of the season. Coaches sift through hours of tape to find that one tendency they can take advantage of when they finally face a particular foe.

While both athletes and coaches do their fair share of anticipating their respective clashes with the opposition, LSU’s ticket office preparation is on the same level.

“A lot of what we do here has to do with planning in advance,” explained Brian Broussard, LSU’s ticket manager and associate athletic director for ticket operations. “We have to plan for what could happen.”

When it comes to football, the process is year round.

To please 92,000 fans on any given Saturday in the fall, Broussard and his staff of five full-time employees and 17 students work tirelessly in the months leading up to the football season.

“We’ll send out the forms for renewals for football in January,” said Broussard. “Hopefully, we will be playing on January 7. However, three weeks later we’ll start mailing out request forms.”

Throughout the course of the spring, they receive money for the renewals through the mail and online. They then allocate those tickets to the rightful owners, long before the season starts.

Then comes the process of distributing tickets to the most bloodthirsty fans of them all ?the students. Nearly 14,000 student tickets are sold over a matter of three weeks during the summer. The advancement in technology and the creation of priority points have caused the methods of student ticket retrieval to change over the past few years.

“When the idea came up to have the priority point system, which meant that people who attended regular season games had a better chance to go to postseason games, the only way we could keep track of points is by who went to the games,” said Broussard. “In order for us to keep track of who went to the games, we had to scan something that identified someone as attending the game. At first, we scanned tickets. Now, we scan student IDs.”

While allowing the people who actually attend games a better chance of earning tickets to postseason events, the shift from the glossy cardstock tickets to e-mailed versions had been a cause of controversy for some students.

By all accounts, the ticket office meant no harm in the process.

“We didn’t save any money by doing that,” said Broussard. “We just want to be more convenient to students. It kept them from having to come here to pick up tickets. For us, distributing tickets went from being a two week ordeal to a four-hour process. We increased our efficiency.”

“E-mailing tickets is no longer cutting edge,” added Tim Messa, assistant ticket manager. “If you have gone to a concert in the last two years and bought a ticket from Ticketmaster, you get a printable ticket.”

After student tickets are distributed, football season is almost in full swing.
During game weeks, the ticket office usually only has to worry about dispersing tickets to players’ families, recruits, high school coaches and NFL scouts.

Some would think that the ticket office’s job ends here. But there are 14 other NCAA sanctioned sports here at LSU.

“The rest of the athletic seasons are busy, but they are a different type of busy,” said Broussard.

In other words, their jobs aren’t any easier once football season ends.

Each event has to be properly staffed in order to scan the fans’ tickets upon entry into the respective venues. This can be an issue when more than one event falls on the same day.

“On a Saturday, we might have a track meet, a men’s basketball game and a baseball game that we have to staff,” said Broussard.

This was a cause for concern a few years ago. Luckily, the LSU ticket office found a way to avoid any problems.

“Two years ago, both our basketball teams were in the Final Four, and we had the spring football game at that same time,” said Broussard. “We had to
recommend that we let people into the spring game for free because we were short handed. It made it easier on everyone.”

In addition to assigning tickets to fans and staffing each event, the ticket office answers questions around the clock via telephone in regards to everything LSU related.

“We are the main phone number for LSU athletics, regardless of what department they are looking,” explained Adam Smith, the ticket office parking manager. “We get questions on where to park for the games, how to get to campus and what television station the game is on to questions on whether or not Glenn Dorsey is injured, how Mike VI is doing and questions on statistics.”

“Our staff does a pretty good job of fielding the questions to their best ability,” said Broussard.

As they are for any of the athletic seasons, the LSU ticket office is prepared for any curveball thrown their way.

However, all of the preparation in the world couldn’t get them ready for the feeling of accomplishment they receive during every LSU athletic event.

“When I go into the stadium, I realize that somebody in this office touched every single ticket being held by the attendees,” said Broussard.

“When you see 92,000 people in Tiger Stadium, and you know you’ve been trying to get things ready to get those people into the stadium, it’s a pretty rewarding feeling,” added Smith.