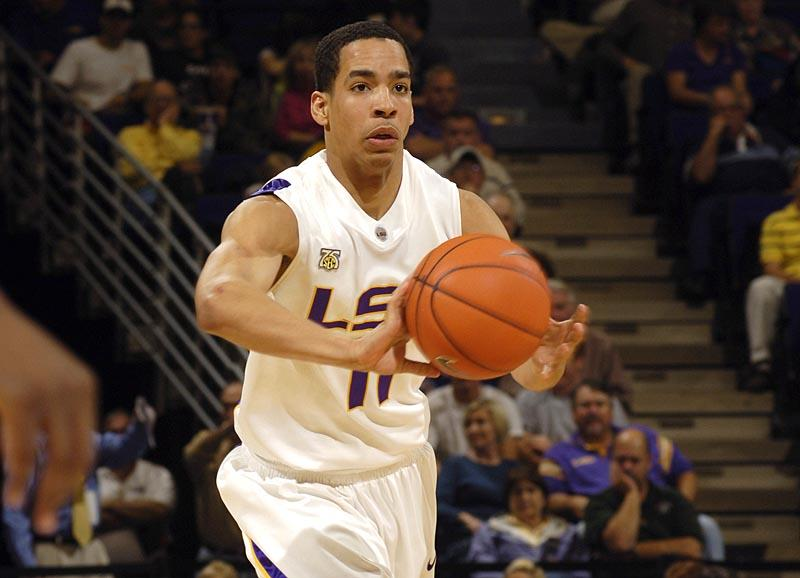 BATON ROUGE — The LSU men’s basketball team now knows exactly where it stands in regards to its depth for possibly the remainder of the season as it resumes action Wednesday night at 7 p.m. at the Maravich Assembly Center against Nicholls State University.

The Tigers will have 10 players for the foreseeable future with the announcement Monday that junior forward Tasmin Mitchell will have surgery on Thursday for a stress fracture in the left ankle. The recovery and rehabilitation period is expected to be six-to-eight weeks and there is a good chance that Mitchell will take a medical redshirt and return for the 2008-09 season with two years of eligibility remaining.

Mitchell averaged over 14 points a game a season ago and was one of the on-floor leaders of this year’s team.

The 2-3 Tigers host the 1-5 Colonels in the first of two games this week at the Maravich Center. LSU also hosts Southern University on Friday night in a game moved up from Saturday to avoid a conflict for fans wishing to watch LSU’s SEC football championship game on television from Atlanta.

Wednesday’s game will be regionally televised on CST and the radio broadcast will be available on the LSU Sports Radio Network affiliates and in the Geaux Zone at LSUsports.net. Tickets are available online at LSUsports.net and all day Wednesday at the LSU Athletics Ticket Office. Ticket sales at the upper ticket windows of the Maravich Center will begin at 5:30 p.m. Wednesday. Tickets are $11 and $5 for youth (ages 3-12).

LSU has been off since losing Nov. 21 against Arizona State in the fifth place game of the EA Sports Maui Invitational. Since then, however, the Tigers have had three tough practices dealing primarily with defense in an attempt to correct some of the problems that have bothered the team in the first five games. But now players’ roles and their minutes will definitely change with the official absence of Mitchell.

It’s like anything you face along the way,” LSU coach John Brady said. “You just have to control the things you can control. This is out of our control, but we can control how we respond to it. Our depth, obviously, is affected, but we’ll do what we can do. We still have a chance to have a good team, but more guys will have to log a lot more minutes than we planned them to.”

LSU is expected to use the lineup it used in Maui for the final two games of the tournament with three guards ? juniors Marcus Thornton, Terry Martin and Garrett Temple ? with Chris Johnson at center and Anthony Randolph at the lone forward position. Randolph and Johnson were named to Jay Bilas’ ESPN.com all-Maui team for their performances last week in the tournament. Randolph is averaging 15.6 points per game for the Tigers, while Johnson had a career high of 19 against Oklahoma State and his first college double double and is averaging 10.8 points a contest.

Bo Spencer, who scored in double figures in all three games in Maui, could possibly also move into the starting five for one of these two games depending on how things go in practice.

Nicholls State is coming off a three-game California swing in which it lost games at California, UC-Davis and Saint Mary’s. The Colonels one win came in a home game against Huston-Tillotson. Michael Czepil, one of three Australians in the starting lineup, is the team’s leading scorer averaging 12.5 points per game.

This will be the 14th time LSU and Nicholls State have met with LSU having won the previous 13 meetings. The Tigers will be looking to continue their lengthy win streak at home against Louisiana schools that has stretched to 64 games since the first win in the streak on Dec. 8, 1988.