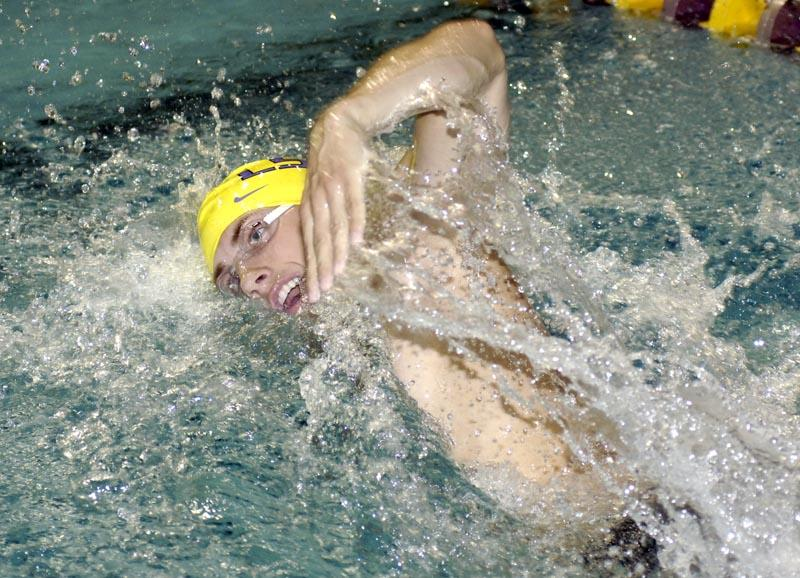 BATON ROUGE — Nearly halfway through the collegiate swimming and diving season, LSU is enjoying national success with several of the Tigers’ top times ranked among the best in <?xml:namespace prefix=”st1″ ns=”urn:schemas-microsoft-com:office:smarttags”?>America according to Collegeswimming.com.

Leading the way is senior Miko Malberg, who holds the nation’s fastest time of the season in the 50 freestyle. Malberg swam a mark of 19.85 at the Georgia Tech Invitational to post not only the fastest clocking of the season in the Southeastern Conference but in the nation as well. Two Stanford swimmers trail Malberg’s top mark.

Malberg, who will represent his native country of Estonia at the 2008 Beijing Olympic Games, ranks 11th in the nation in the 100 free with a time of 44.46. The mark, which is third in the SEC, was achieved in a first-place finish of a championship final at Georgia Tech.

Malberg is one of two LSU male swimmers who own top-20 national times in the 50 free. Junior Brandon Selts is 18th in the country and fifth in the league with a clocking of 20.39.

Fellow junior Katherine Noland holds the 13th-best 100 free time in the nation (49.99). That NCAA provisional cut ranks third in the SEC. Junior Monica McJunkin is 11th in the country in the 100 backstroke. Her time of 55.05 is also third in the conference.

For the second straight year, LSU has produced multiple nationally-recognized top times in distance freestyle events with three of those clockings come from true freshmen. Luis Gonzales holds the 23rd fastest 1,000 free time in America (9:19.31) while also ranking 23rd in the nation in the 1,650 free (15:40.19). Clint Hallum is 15th in the country in the 500 free (4:26.74).

In women’s diving, LSU has produced two scores in the league top five. Senior Paige Brown owns the fifth-best 3-meter mark (306.67), and sophomore Rachel Ware is fifth in the 1-meter (291.30).

As a team, LSU has produced 16 times in the men’s and women’s national top 20. The Tigers’ success has carried into dual meets where both squads own winning records despite rigorous schedules.

The LSU men’s team, ranked 19th in the College Swim Coaches Association of America poll, holds a 3-2 overall record this season. The Tigers own a 2-1 mark in SEC action and just recently finished second out of seven teams at the Georgia Tech Invitational. The three overall victories represent the most by LSU since 2002-03.

The LSU women’s team is just outside the Top 25 poll. The Lady Tigers are 4-1 overall and 3-1 in league meets. The three SEC dual meet victories are the most by the team since the 2001-02 season. LSU also finished second at the Georgia Tech Invitational.

The Tiger divers play host to the LSU Diving Invitational this Saturday and Sunday in the LSU Natatorium. Admission to the two-day event is free. The LSU swimmers return to action against Notre Dame on Jan. 1 in Fort Lauderdale, Fla.