Mitchell to Have Surgery on Injured Ankle 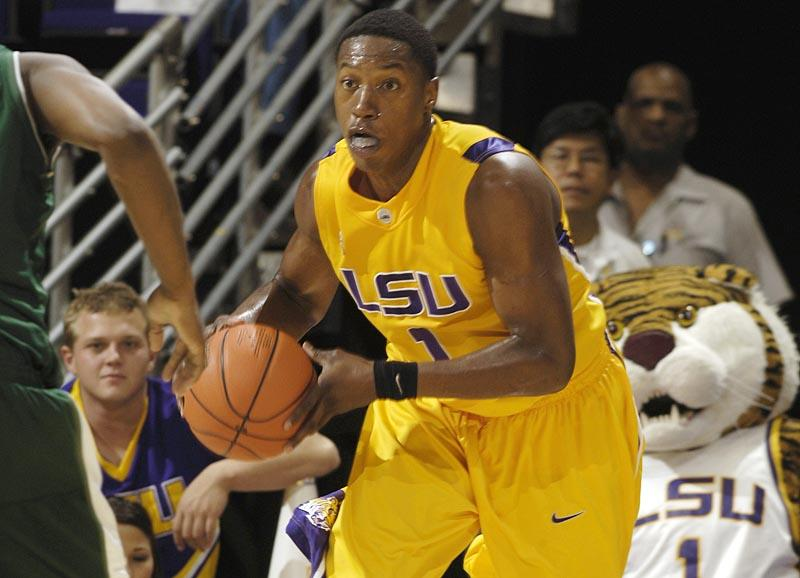 The surgery is tentatively scheduled for Thursday.

Mitchell started the first three games of the season, extending his starting streak to 71 straight games (every game of his career), but was able to go only six minutes in the first game at the EA Sports Maui Invitational in Maui before going to the bench.

“We are glad to now know the situation and that it will be a six-to-eight week ordeal,” said Brady Monday after practice in preparation for Wednesday’s game with Nicholls State (7 p.m. Maravich Center). “I feel bad for our team and I feel bad for Tasmin. We all know how hard he worked and he had gotten himself into the best shape of his career. We just have to control the things with this team that we can control. Tasmin was so important to what we had planned to do. That’s 15-to-16 points and eight or nine rebounds a game that we’ve got to pick up somewhere else.”

Brady did say that if circumstances warrant and he is unable to return this season, there should be no issue preventing Mitchell from acquiring a medical redshirt and returning to the team for the 2008-09 season with two years of eligibility remaining.

For the three games, Mitchell played 66 minutes and scored 22 points with 17 rebounds. For his career to date, he has played almost 2,398 minutes with 899 points and 407 rebounds. He was expected to be the next player this season to go into the 1,000-point and 500-rebound club for his career. Last season he averaged 14.5 points and averaged 11.4 points in the 2006 NCAA Final Four campaign, earning freshman All-SEC honors.

“I’m kind of nervous,” Mitchell said after learning of the diagnosis. “I’ve never had surgery. But this is the best decision to go ahead with the surgery and there is a good chance I will probably not be back this season. This is the best thing for the doctors to do. They will put a couple of screws in and close it up real fast.”

Mitchell said he didn’t know and couldn’t rethink when the injury might have taken place or if he will redshirt this season.

“I haven’t really made the decision yet,” the Denham Springs native said. “I will put it all in God’s hands and he will point me in the right direction. I will still try to be a leader for the team off the floor and be there for them as we go along.”

The Tigers did receive some good news Monday as senior Dameon Mason received a clean bill of health from the doctors and was able to rejoin the team for the final 30 minutes of practice and is expected to dress for the Nicholls State game.

Besides Nicholls State, LSU will also play Southern this week at the Maravich Center in a game moved to Friday night at 7p.m. to avoid conflict with those wishing to watch Saturday’s SEC football championship game with LSU.