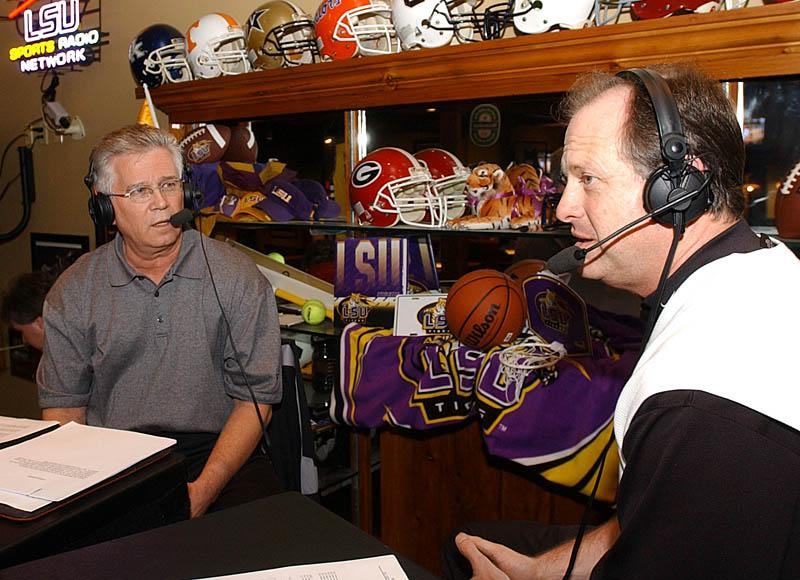 BATON ROUGE — LSU men’s basketball coach will have his first radio show Monday night at 7 p.m. at Walk-On’s Bistreaux at the corner of Nicholson and Burbank, just off the LSU campus.

The John Brady Show, presented by Whitney Bank, is broadcast from Walk-On’s on the LSU flagship station, Eagle 98.1 FM in Baton Rouge and on many of the LSU Sports Radio Network Stations. Jim Hawthorne, the voice of the Tigers, will join John Brady for the broadcast.

Members of the Geaux Zone on LSUsports.net can also listen live or on-demand. Join the Geaux Zone today to listen to this show and watch live streaming video of select men’s basketball games this season.

The show will run for four weeks before taking a break for Christmas Eve and New Year’s Eve. The show will return with a special Tuesday edition on Jan. 8 and will be broadcast on Mondays through the end of the regular season.

The Tigers next play Wednesday night at 7 p.m. against Nicholls State University. LSU will also play Southern this week in a game that was moved to Friday night at 7 p.m. to avoid a conflict with the LSU football team’s appearance in the SEC Championship Game.