Football Makes the Most of Short Practice Week 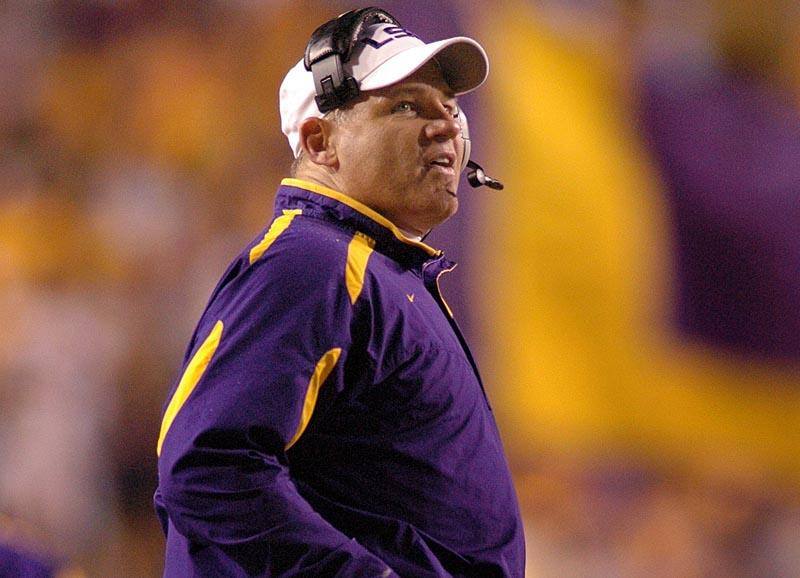 LSU, now 10-1 overall and 6-1 in league play, hosts Arkansas at 1:30 p.m. on Friday in Tiger Stadium in what has become a day after Thanksgiving tradition. Arkansas has won four of its last five games and brings a 7-4 overall mark into the game. CBS will televise the game to a national audience.

“I enjoyed the practice,” LSU coach Les Miles said after Wednesday’s workout. “(Today’s) practice was short, but I think we got a lot accomplished. There is still work to do. Tomorrow will be a Friday for us. Certainly, we have a lot to be thankful for. We’ll take the morning off and have a team Thanksgiving Day meal at 1 o’clock. We’ll come in after that and go through our normal Friday regiment as we look forward to playing the Razorbacks.”

Miles also took a moment to thank those who participated in a rally on Wednesday evening on the LSU campus to show support for the third-year Tiger coach.

“It is very flattering and it’s wonderful,” Miles said. “They don’t have to do that. It is something they don’t need to do. They are very kind to show that type of support.

“What I wish that they would do is put everything they can into honoring our football team. Don’t worry about me. I’m coaching. I’m happy. We are in the right direction. Just show up Friday afternoon, don’t eat too much Thanksgiving and make a lot of noise when the Tigers take the field.”

Miles mentioned after practice that linebacker Darry Beckwith, who has missed LSU’s last two games with a leg injury, could return to action against Arkansas. Beckwith practiced on both Tuesday and Wednesday this week and according to Miles, “looks like he may well play.”

Miles said the same about return specialist/running back Trindon Holliday, who practiced on Wednesday after suffering an injury against Ole Miss last week.

The Tigers will have a walk through on Thanksgiving Day to conclude their on-field preparations for the Razorbacks.