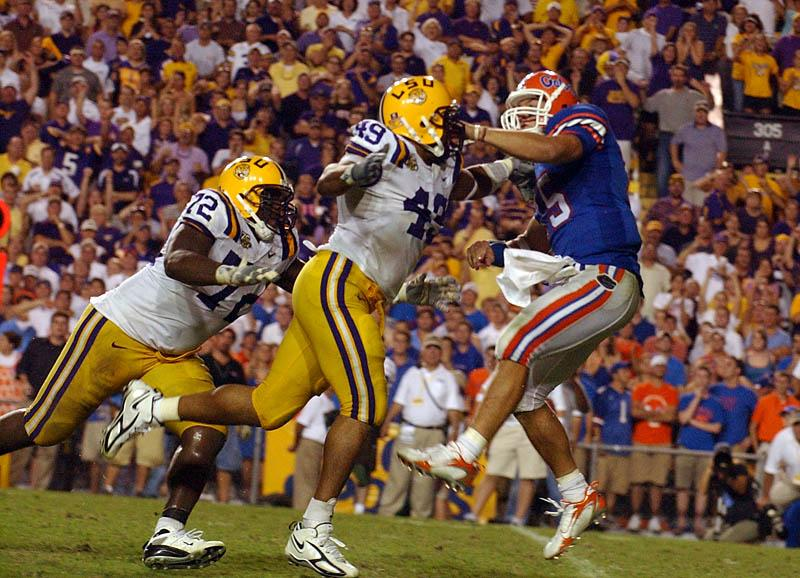 BATON ROUGE — When LSU honors its 25 seniors on Friday prior to the Arkansas game, the Tigers will say goodbye to a group who has been a part of the most successful run in school history.

With 54 victories, four 10-win seasons and spending every week of their career ranked among the top 25 teams in the nation, this year’s group of seniors has enjoyed more success on the football field than any other class in LSU history.

But what may be even more impressive than all of the wins and accomplishments on the field of play, it’s what this group has achieved off the field that will leave a lasting legacy at LSU. Of the 25 players who will be recognized on Friday as part of this year’s LSU Senior Ceremony, two have already graduated with another 10 scheduled to graduate in December.

By this time next year, 24 of the 25 seniors are expected to be college graduates. When the Tigers play in a bowl game to cap this season, 12 members of the squad can lay claim to being a college graduate.

“This is as fine a group of young men that I have ever coached,” LSU coach Les Miles said. “Their commitment to this football team and their pursuit of excellence both on the field and in the classroom is unmatched. These players have performed consistently at a very high level on the field throughout their career, while showing the same dedication to academics.”

Starting fullback Shawn Jordan and backup defensive lineman Anthony Zehyoue both graduated last spring. Jordan is currently pursuing a second undergraduate degree in chemistry after earning his first diploma in kinesiology. Zehyoue, who graduated with a degree in history, is in graduate school pursuing a Master’s degree.

Four more starters are on pace for spring of 2008 graduation. Among those include wide receiver Early Doucet, linebacker Luke Sanders, defensive back Chevis Jackson, and safety Craig Steltz.

“I’ve been very impressed with the focus of these guys and their attention to academics and their education while they are competing at the highest level,” Tomas Jimenez, the executive director of the Cox Communications Academic Center for Student-Athletes said. “I’m very proud of what they’ve accomplished both on the field and in the classroom.

”They have sent a very strong message to all of those student-athletes who will follow. These guys are the perfect example in proving that you can be successful at the highest level of competition and still be focused on getting an education and graduating from college. This group understands that there is life after football and they are proving that by what they are doing in the classroom.”

On the field, this year’s senior class will cap their playing career with more wins over a five-year span (54) than any other group in the history of the program. Many seniors on this year’s team signed with LSU in the spring of 2003 and were members of the Tigers’ 2003 BCS National Championship Team.

Other highlights for these 25 seniors include: most SEC wins by a class in school history with 32; most seasons with at least 10 wins with four; most weeks spent as a ranked team with 80; most wins over team 25 teams with 19; and most wins over top 10 teams with nine.

“This is a very special group of guys,” Miles said. “The standard set by this group of players both academically and athletically is what LSU teams in the future will be measured.”