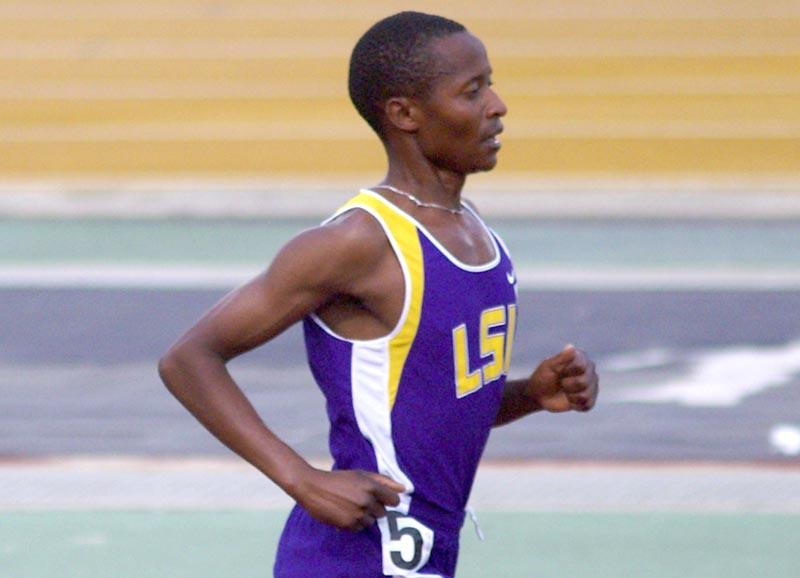 TERRE HAUTE, Ind. — LSU’s Joseph Simuchimba wrapped up the 2007 cross country season with a 68th-place finish at the NCAA Championships on Monday afternoon at the Wabash Family Sports Center.

Simuchimba, just the fifth athlete in Tiger history to ever advance to the national meet, finished the 10K course in 30:54.2. He was just over 90 seconds behind the meet’s winner, Josh McDougal of Liberty, who finished in 29:22.4.

“Running by himself for the first time this season he hung with the teams at the beginning, but then I think he was hurting a bit at the end,” said LSU cross country coach Mark Elliott.

Simuchimba was in the lead pack early on, running in 24th at the 3K mark. He dropped to 41st half-way through the race before fading to 62nd at eight kilometers.

“Joseph wasn’t pleased with how he did, but I wouldn’t say it was disaster,” Elliott. “He ran a pretty good time for it being his first time on the course. It was good experience and will be something to build on for next season.”

Simuchimba finishes the year having posted one of LSU’s most successful cross country campaigns in recent history. Besides advancing to the NCAA meet he was also named an All-SEC selection as well as an all-region honoree.

“Overall, Joseph had a pretty good first cross country season,” said Elliott. “He has set himself up well heading into the track season and expectations will just get higher from here.”