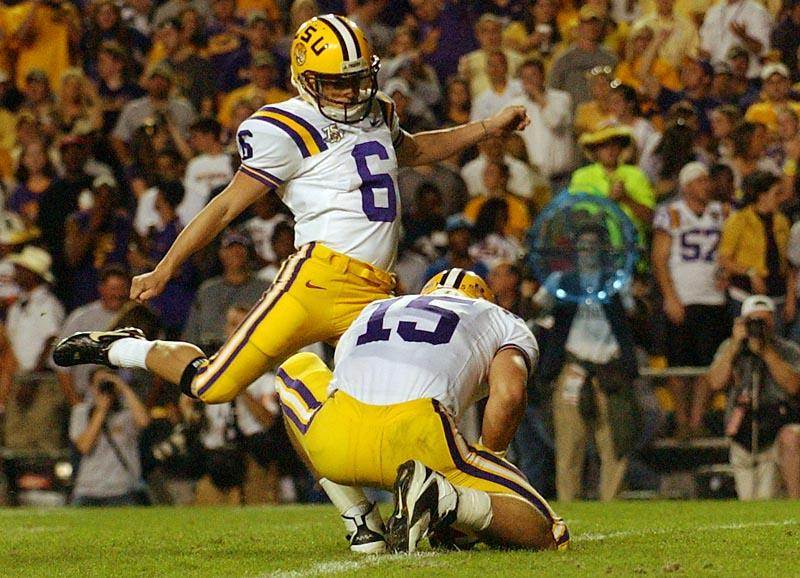 David, a junior from Houston, won the award again this year as he set the LSU single-season record for both field goals and total points on Saturday against Ole Miss in a 41-24 Tiger win. David kicked field goals of 43 and 48 yards in the second half against Ole Miss, running his season total to 21, breaking the old mark of 19 held by David Browndyke (1988).

With 11 points against the Rebels, he ran his season total to 122, moving past LaBrandon Toefield (114) for the top spot in LSU history. David’s 122 points ranks as the sixth-highest total in SEC history. David has also made 11 consecutive field goals, the longest streak for an LSU player since Pedro Suarez successfully converted 13 straight during the 1989 season.

Lawrence, a junior from North Little Rock, ran for a career-best 231 yards on a career-high 35 carries, including a 31-yard touchdown, to fuel the Demons’ 31-12 win over Stephen F. Austin.  It was his fifth straight 100-yard rushing game in Southland Conference play. The 231-yards tied 1979-80 All-American Joe Delaney for fifth-best all-time at Northwestern State in a single game.  It raised Lawrence’s season total to 1,377 yards, just eight yards shy of third place in school history. He also climbed into the Demons’ career top 10 in rushing yardage, raising his two-year total to 2,198 yards. Lawrence wound up the season as the Southland Conference rushing champion and his 125.2 yards per game average ranks ninth nationally.

Secka, a senior from Wichita, Kan., intercepted Alabama’s John Parker Wilson two times and recorded five solo tackles as ULM stunned the nation with a 21-14 victory over the Crimson Tide.  Secka’s interceptions came on back-to-back possessions in the first quarter.  For his efforts, he earned a helmet sticker by the ESPN College Gameday Final crew. He took his second interception back 42 yards to the Alabama one-yard line.  On ULM’s first play of its ensuing possession, Calvin Dawson scored the Warhawks first touchdown of the day. Secka now leads the Warhawks with five interceptions on the season, with all five of them coming in the last six games.