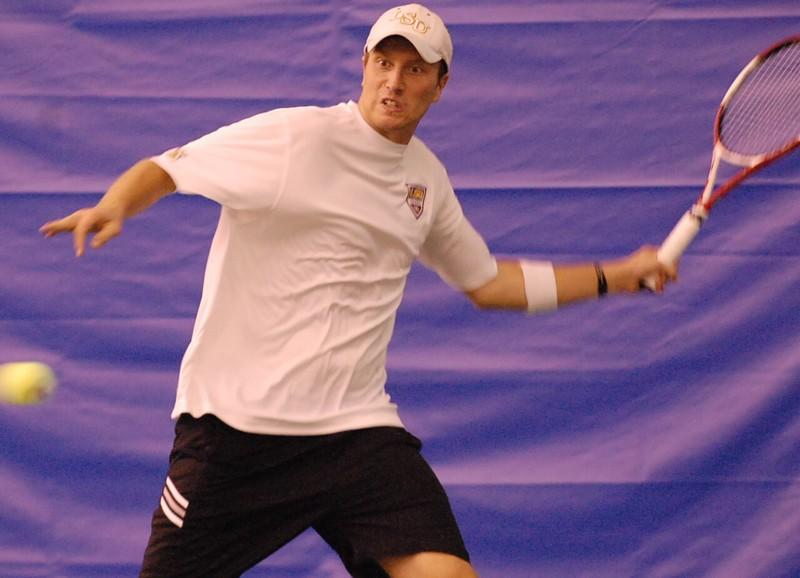 AUBURN, Ala. — The LSU men’s tennis team won eight of their nine matches against South Carolina players Sunday morning in the Auburn Invitational at the Yarbrough Tennis Center.

The Tigers won 23 of their 29 matches during the tournament, including taking 16 of their 19 singles matches.

“We are seeing new and higher levels from our freshmen every time out,” LSU head coach Jeff Brown said. “They put in an impressive performance this fall. It was nice for James (Cluskey) to finish the fall undefeated. Colt (Gaston) picked up another win against a ranked player, Kevin (Dessauer) looks to have picked up where he left off from last spring.”

The Tigers claimed two of the three doubles matches. Cluskey and  Julien Gauthier were the first to finish by taking out Thomas Stoddard and David Wolff by an 8-3 mark. The Tiger Tandem finished the fall season with a 4-1 record.

Team captain Dessauer was the first Tiger to come out victorious in singles as he cruised against Joe Veeder, 6-1, 6-0.

Senior Gaston followed Dessauer’s lead by taking out the No. 79-ranked Pedro Campos in straight sets, each by a 6-4 mark. The ITA All-American scored on 77 percent of his first serves. Additionally, Gaston hit 25 unreturned serves, including 11 aces.

Junior Cluskey capped off his fall campaign with an unblemished 4-0 record by defeating Wolff, 6-3, 6-4.

LSU’s newcomers Sebastian Carlsson, Gauthier and Ryan Lissner highlighted the fall season. The three freshmen each finished the fall with a winning record in singles and doubles. Carlsson leads the pack wth a 10-3 record. Carlsson’s 10 wins is tied, along with Jan Zelezny, for most on the team. Gauthier finished his fall campaign with a 7-4 record. Lissner completed his first semester of collegiate competition with a 6-3 mark. The Baltimore native has also been in impressive in doubles with a 6-2 record while playing with three different partners.

The Tigers will be back in action in January when they host the SEC Coaches Indoor Championships in New Orleans for the second-consecutive year.