No. 4 Lady Tigers to Face No. 3 Maryland in WNIT Final 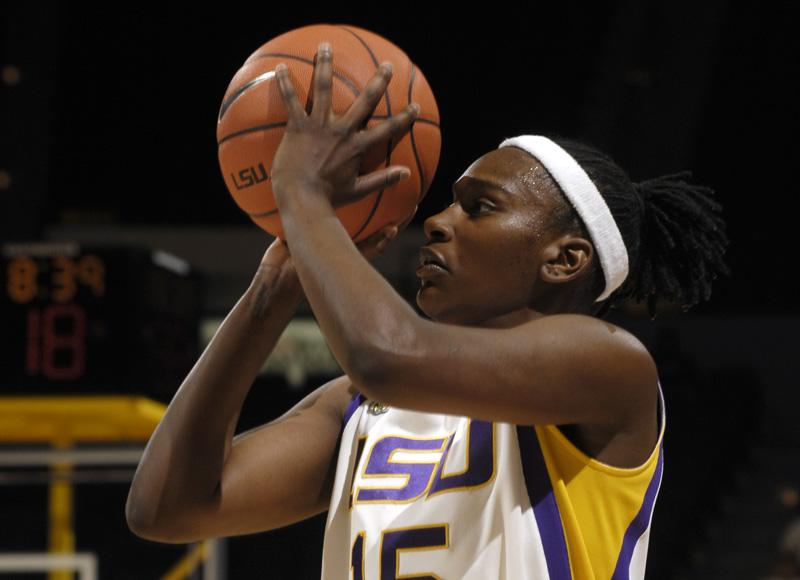 COLLEGE PARK, Md. — A championship is at stake on Sunday when the fourth-ranked LSU women’s basketball team visits No. 3 Maryland for a 2 p.m. CST tip in the Comcast Center.

LSU (3-0) reached the final with wins over Samford, TCU and Michigan State. Maryland (4-0) defeated Princeton, Delaware and Notre Dame to advance to the title game.

“Anytime you play for a championship it is a big deal,” LSU head coach Van Chancellor said. “We know this will be a big test for our basketball team. Maryland is a very good team and we have to play on their home floor in a hostile environment.”

Sylvia Fowles, a 6-6 senior center All-American, leads LSU in the team’s first road game of the season. The Miami, Fla., native has posted 17.0 points and 7.3 rebounds per game, including a 25-point performance in Thursday’s victory over No. 17 Michigan State.

Quianna Chaney, a 5-11 senior guard, has averaged 17.7 points and 3.7 assists in the three previous games, including a career-high 25 points in the season-opener against Samford.

Junior guard Kristi Toliver leads Maryland, the 2006 NCAA National Champions, into the game. Toliver has averaged 17.0 points and 10.3 assists per game, including putting up 25 points in the semifinal victory over Notre Dame on Friday night.

The Terrapins’ All-American post player Crystal Langhorne, a 6-2 senior, did not play in Friday’s game. She is listed day-to-day with a sprained ankle.

Following the WNIT title game, LSU returns home to face UL-Lafayette in the Maravich Center at 7 p.m. CST on Wednesday.