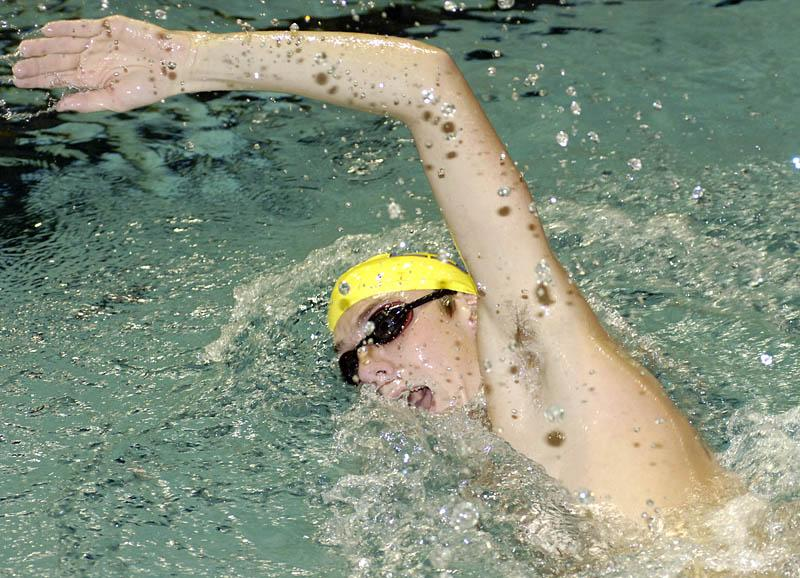 ATLANTA — The LSU men’s swimming and diving team recorded 301 points on Friday and sits in first place after the first day of competition at the Georgia Tech Invitational in Atlanta. The LSU women’s team accumulated 264 points and is in second place.

The Tigers hold a slim two-point lead on Florida State, who claimed 301 points. North Carolina State is third with 194 points, and host Georgia Tech is fourth with 185 points.

The Seminoles sit atop the women’s standings with 330 points. The LSU women hold a comfortable margin on Miami, who is in third place with 144 points. Duke is fourth with 142 points.

Events continue on Saturday with preliminaries beginning at 8:30 a.m. CST. Finals get underway at 4:30 p.m. CST. Live statistics can be followed on www.LSUsports.net.

LSU swept all four relays on Friday while notching three NCAA provisional times. Katie Gilmore, Katherine Noland, Monica McJunkin and Jane Trepp opened the night session with an NCAA “B” cut first-place clocking of 1:32.17 in the 200 freestyle relay. The men’s team of Miko Malberg, Hannes Heyl, Brandon Selts and Julius Gloeckner followed with a “B” cut of their own in a first-place mark of 1:20.36 in the 200 free relay.

Individually, LSU recorded three first-place finishes in championship heats. Gloeckner was one of two Tigers to earn NCAA provisional marks in the 500 free. The junior took first place in a time of 4:26.23, and freshman Clint Hallum was third in a mark of 4:26.74.

Gloeckner took runner-up honors in the championship heat of the 200 individual medley (1:50.75). Nate Telep claimed the consolation heat of the 200 IM in an overall ninth-place time of 1:52.53.

Both Gilmore and Noland were credited with first-place finishes in the women’s 50 freestyle. The two touched the wall at the same time of 23.20 in the championship heat. The Lady Tigers made it a sweep of the top three spots in the 50 free when Trepp finished third (23.36).

In the men’s 50 free, LSU qualified two in the championship final. Malberg took runner-up honors in a time of 19.85, and Heyl was fifth in a clocking of 20.71. Brandon Selts won the consolation final of the 50 free in a ninth-place mark of 20.39.

LSU added another consolation final win in the women’s 500 free when freshman Brooke Barnett swam a time of 4:58.35. The freshman cut nearly six seconds off of her preliminary time.

Betzen was the Lady Tigers’ highest finisher in the women’s 200 IM with fifth place in the championship final (2:04.63). Victoria Givens also earned a berth to the “A” final while placing eighth overall (2:07.78).