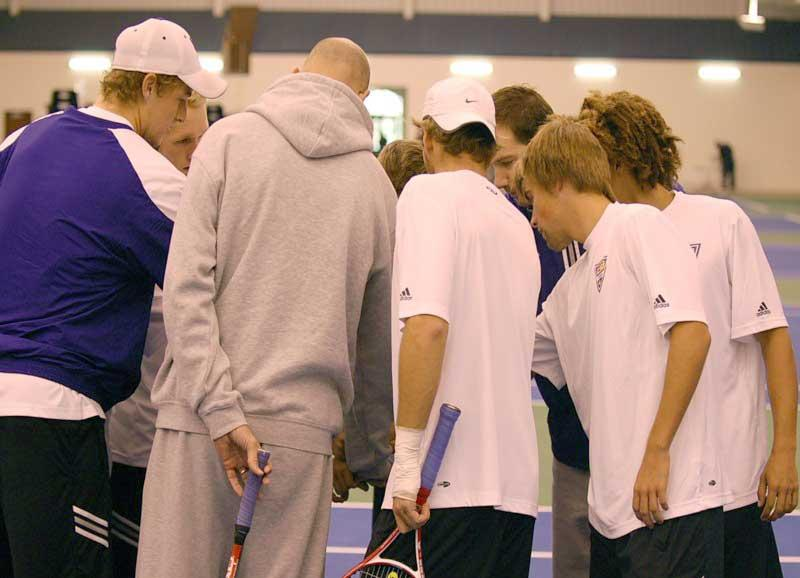 AUBURN, Ala. — The LSU men’s tennis team won all nine of its matches on day one of the Auburn Invitational held at the Yarbrough Tennis Center.

LSU will face Auburn’s players on Saturday beginning at 9 a.m.

“We competed very well today,” LSU head coach Jeff Brown said. “We had some guys that took care of some mismatches today, which will be important in the spring. The guys that were in more competitive matches did a good job of raising their level of play. It will be an extremely competitive day tomorrow.”

In doubles, Sebastian Carlsson and Colt Gaston gelled well in their first match together as they breezed by Edwin van Aerts and Marko Zivkovic of Troy, 8-1.

James Cluskey and Julien Gauthier pushed their record as a doubles pair to 3-0 by knocking off Troy’s Diego Martinez and Guilherme Sahadi, 8-2.

The senior duo of Kevin Dessauer and Jan Zelezny had the toughest doubles battle. Trailing 2-0 against Troy’s Benjamin Chomette and Bastian Maucher, The Tiger tandem rallied back to put the score at 4-all. The Trojans captured three out of the next four games to take a 7-5 advantage. The Tigers bounced back to win the match in a tiebreaker, 9-8 (1).

The Tigers faced little competition in singles as they won five of their six singles matches in straight sets.

Gauthier had the most impressive win of the day by not relinquishing a game against Martinez, 6-0, 6-0. The Canadian hit 16 unreturned serves, including three aces.

Carlsson defeated Sahadi, 6-2, 6-3, to extend his wining streak to five matches. The 6-foot freshman has compiled an 8-3 record so far this season.

Zelezny was the only Tiger to go to a third set but finished it in style by winning the first six sets of the final set against Chomette to complete the LSU sweep. The victory was Zelezny’s 10th on the season.